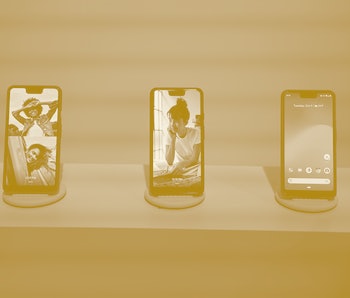 Google is getting ready to introduce new privacy settings to severely reduce tracking on Android devices, a move that the digital advertising market will almost certainly rail against. The new measures would be similar to those introduced by Apple in August 2020.

The digital ad industry has long relied heavily on user tracking in order to serve personalized ads and make ridiculously large sums of money in the process. Companies that make many millions by selling digital ad space — most notably Meta — have been vocal about their hatred of the relatively new trend against user tracking for advertising purposes.

Google’s exact plans for how and when it will begin rolling out these privacy-saving features is unclear. The company has said it will continue supporting current ad-tracking technologies for “at least” two years. Google is also promising that its approach to tracking restrictions will be less “blunt” than those introduced by competitors.

A different approach — Google takes a significant amount of introductory space in its blog announcement ensuring the public (and, more specifically, digital advertising giants) that its anti-tracking methodologies will not follow too closely in the footsteps of the other big software giants. (Apple remains unnamed in the blog, but its presence haunts the announcement nonetheless.)

“Our goal with the Privacy Sandbox on Android is to develop effective and privacy enhancing advertising solutions,” Google writes, “where users know their information is protected, and developers and and businesses have the tools to succeed on mobile.”

Google is taking a very diplomatic approach here — one that will likely prove difficult to carry to fruition. The power to curtail Android app’s ability to track will appeal to users and the ostensibly novel approach to doing so will appeal to advertisers. Or so the company hopes, at least.

Sorry, Meta — Apple is not mentioned here, but it’s clear Google is hoping to avoid the fallout experienced after its competitor announced anti-tracking changes last year. Meta is the prime example here; Mark Zuckerberg’s baby lost more than $200 billion in value due to extended fallout of Apple’s changes.

Right now we have an early commitment from Google and not much else. No real timeline, no details on what technology will power the tracking changes, no mention of what the changes will even really be. It seems confident it can pull this off — and maybe it can. But then again, this is the same company that promised more than two years ago to find a replacement for tracking cookies, and that project is nowhere near completed.