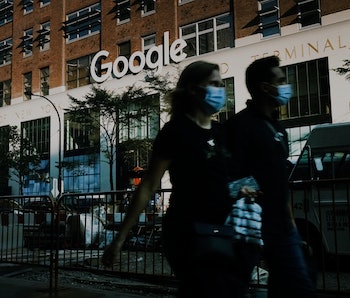 Well, it was bound to happen. Google's five-year-long generosity is soon coming to an end. Last week, tech sources reported that the company would be limiting some of Google Photos features to paying users. Now it emerges the company will stop allowing users to upload unlimited, compressed images to Google Photos for free come June 1, 2021.

It's not a surprise as the company has hinted at this possibility before. It's also made clear with things like its $8 per month photo printing service that it's eager to monetize Google Photos, which must cost it a fortune in hosting fees. Plus, "generosity" wasn't really the motivator, was it? Google offered users the ability to upload, organize and most importantly sift through their photos using Google's machine learning-based, image recognition tools. Google, in exchange, got to hone those tools. Presumably, it's now got more than enough data to mine that the economics of the exercise no longer make sense.

Google announced this week it will soon limit free uploads to 15 GB. But that 15 GB is also the allowance for other Google Drive related storage like documents and spreadsheets. If you want or need more space, you'll need to pay for it through Google One, where plans start at $1,99 a month for 100 GB. The company has added that any photos uploaded under the current policy before June 2021 will be unaffected and that it's planning to roll out tools to help users clear duplicate images, blurry or dark ones, and generally manage their libraries better.

It will also delete content from accounts that have been inactive for two years or more, so if you haven't logged into your Google accounts in a while, you may want to do that to see if there's anything important you should move elsewhere.

The good and the bad — It's good news that whatever existing photos and documents you have right now won't count for the June 1 changes, and, frankly, an incentive to take advantage of that if you plan on staying with Google.

The bad news is for Google. One of the best selling points for Google Photos — despite the fact that it compressed bigger resolution photos for storage purposes and thus compromised image quality unless you opted to pay for extra space upfront in order to upload full-sized files — is that it was ostensibly unlimited and free. That made it extremely popular and easy to recommend. Now that it's going to become a billed service, people are naturally going to consider alternatives.

If, for instance, you're an Amazon Prime subscriber, you may be inclined to move your photos there. However, Prime doesn't support video files, so you're still out in the cold there.

Pixel looks promising — There is a sneaky little addition that creates an incentive for getting a Pixel smartphone: Google will continue to allow Pixel users to upload high-quality (that is, compressed) images to Google Photos after June 1.

Will that be enough to win over iPhone users and get them to switch? Probably not, especially considering the latest iPhones have the best camera on any phone today (even if Apple's 5 GB free allowance of iCloud storage is pretty dismal compared to Google's). The cost of extra iCloud service is almost exactly the same, so there's very little motivation to move if you're already happily frolicking in Apple's walled garden.