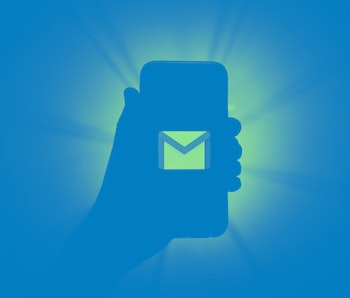 Google is integrating its Meet video-conferencing service directly into Gmail for iOS and Android, according to The Verge. Now when you want to join a meeting at work you'll no longer need to download the separate Google Meet app. Meet is Google's copycat rival to Zoom with support for up to 100 participants at once and several privacy protections enabled by default.

Like Zoom, Google Meet has some advanced features like screen-sharing and the option to screen participants before they can join a call.

Google Meet became free to everyone in April as the coronavirus pandemic shifted work away from offices and to the home. The service replaced Hangouts Meet for business users as Google tries to simplify its confusing mess of chat apps. It's still kind of a mess, however, as the company continues to offer Hangouts for casual group chat. That service has a limit of only 10 simultaneous video participants with additional support for text chat and file sharing.

There's also Google Duo, of course, which is a more consumer-oriented app for simple voice and video chat.

The oligopolies crushing an upstart again — If you're wondering why Google, Facebook, and Microsoft have suddenly become interested in video-conferencing, there's a simple explanation: the market cap of video-conferencing darling Zoom is $68 billion, or 7 percent of Google's value. By pushing Meet hard through its own apps, Google hopes it can stop Zoom in its tracks and capture all that value for itself. The update isn't live quite yet but The Verge says Meet will appear as one large tab at the bottom of the Gmail app.

Zoom's headaches — It doesn't help Zoom that it's run headfirst into countless privacy and security scandals, including more recently a revelation that it suspended a U.S.-based user for hosting calls that discussed topics that violate Chinese law. Zoom explained that it was forced to close the account of an American because one or more participants in the user's calls were based in China, where Zoom offers its services, and that the company is unable to remove individual users from calls. The account in question has since been restored.

Congress is currently investigating the tech giants for anti-competitive behavior, but Zoom's privacy fiasco's and ties to China might not garner it much sympathy there. The video-conferencing company also has employees working in China, while Google does not operate any of its services in that country.

Google's own G Suite of enterprise collaboration apps is incredibly popular among businesses around the world for hosting their email and other needs. Many IT departments, therefore, already have relationships with Google and trust it for its high standard of enterprise security, making Google Meet an easy sell over Zoom.