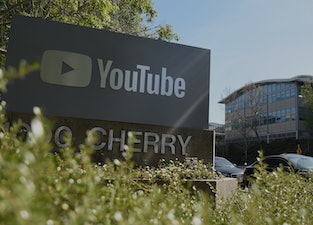 YouTube's parent company, Alphabet, has announced the video-sharing site’s annual advertising revenue for the first time in history, and it’s big. In 2019, ad revenue for YouTube topped $4.72 billion in the final quarter and $15 billion for the full year. That’s up from $11 billion in 2018 — impressive growth compared to its more mature Search business.

Putting a value on YouTube — Industry analysts have long argued that YouTube is undervalued as a subsidiary inside Google because investors have never had insight into how much money it generates. By offering more transparency now, Wall Street can better price its value in Google's market cap. Public company valuations are based in part off estimates of future revenue and growth — something YouTube has a lot of. Investors may value Alphabet higher now.

“To provide further insight into our business and the opportunities ahead, we’re now disclosing our revenue on a more granular basis, including for Search, YouTube ads and Cloud,” said Alphabet CFO Ruth Porat.

YouTube’s revenue accounts for close to 10 percent of Google’s annual revenue of $162 billion. Interestingly, Google’s earnings report indicates that its revenue number for YouTube includes just advertisements, not subscriptions to YouTube Music or Premium, though those offerings aren’t expected to be material in size. The two have a combined 20 million paying subscribers — not a lot when you consider Spotify has more than 200 million. YouTube TV, the live TV service, has 2 million subscribers.

An incredible acquisition — Google paid $1.65 billion for YouTube when it acquired the site back in 2006, making it arguably one of the best acquisitions in tech history alongside Facebook’s acquisition of Instagram, also for around $1 billion. As an independent company, YouTube could easily be worth in the hundreds of billions of dollars based on comparable public tech company valuations — some experts think it should be independent for this reason.

TV advertising revenue remains much larger, meaning YouTube has quite a bit of room to run so long as regulators don't step in to address Google and Facebook's online advertising duopoly.