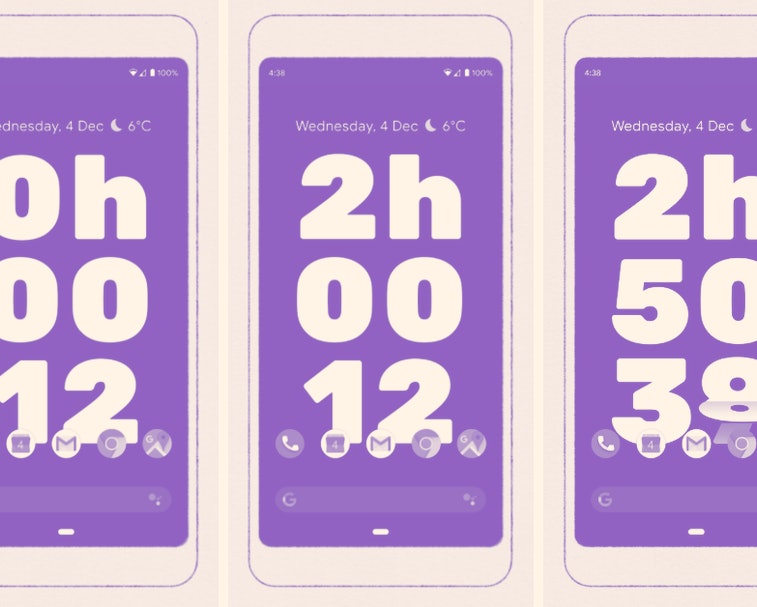 One of the most open frontiers in smartphone development is figuring out how to get everyone to use their phones less. Google is quickly moving to the forefront of this digital wellbeing movement. Today the company released three more experimental apps to help users reduce their smartphone time.

Some of the apps are more useful than others — but it's meaningful that Google is putting resources into developing future-forward wellbeing apps at all.

Google is surpassing Apple in this arena — When it comes to apps that will help you put your phone down, Apple hasn’t done much at all beyond pushing Screen Time in the latest versions of iOS. Meanwhile, Google has released a whole line of digital wellbeing apps. There’s already Focus Mode for putting distracting apps on hold and Family Link for parental controls.

Apple couldn’t even get its parental control features to properly block unknown numbers when it was first released. Needless to say, it has a lot of catching up to do.

Make your phone a calm space by... folding an envelope? — Perhaps the most gimmicky of the newly released apps is Envelope, which Google says “temporarily transforms your phone into a simpler, calmer device, helping you to take a break away from your digital world. The app instructs users to print a PDF template and fold it into the shape of an envelope. Then you seal your phone inside and use it through the envelope with only access to the dialer and the camera.

This app is only available for the Pixel 3a right now. The code has been made available on GitHub, so maybe it will be used to create something more practical in the future.

The others are background apps — These are probably more useful in the long run. Both act as reminders of the time you’ve spent on your phone. Activity Bubbles, which is available for all Android devices, is a live wallpaper that creates a new bubble every time you unlock your phone. The bubbles grow larger the longer you stay on your phone. Screen Stopwatch is an enormous stopwatch that counts up your phone usage for the day.