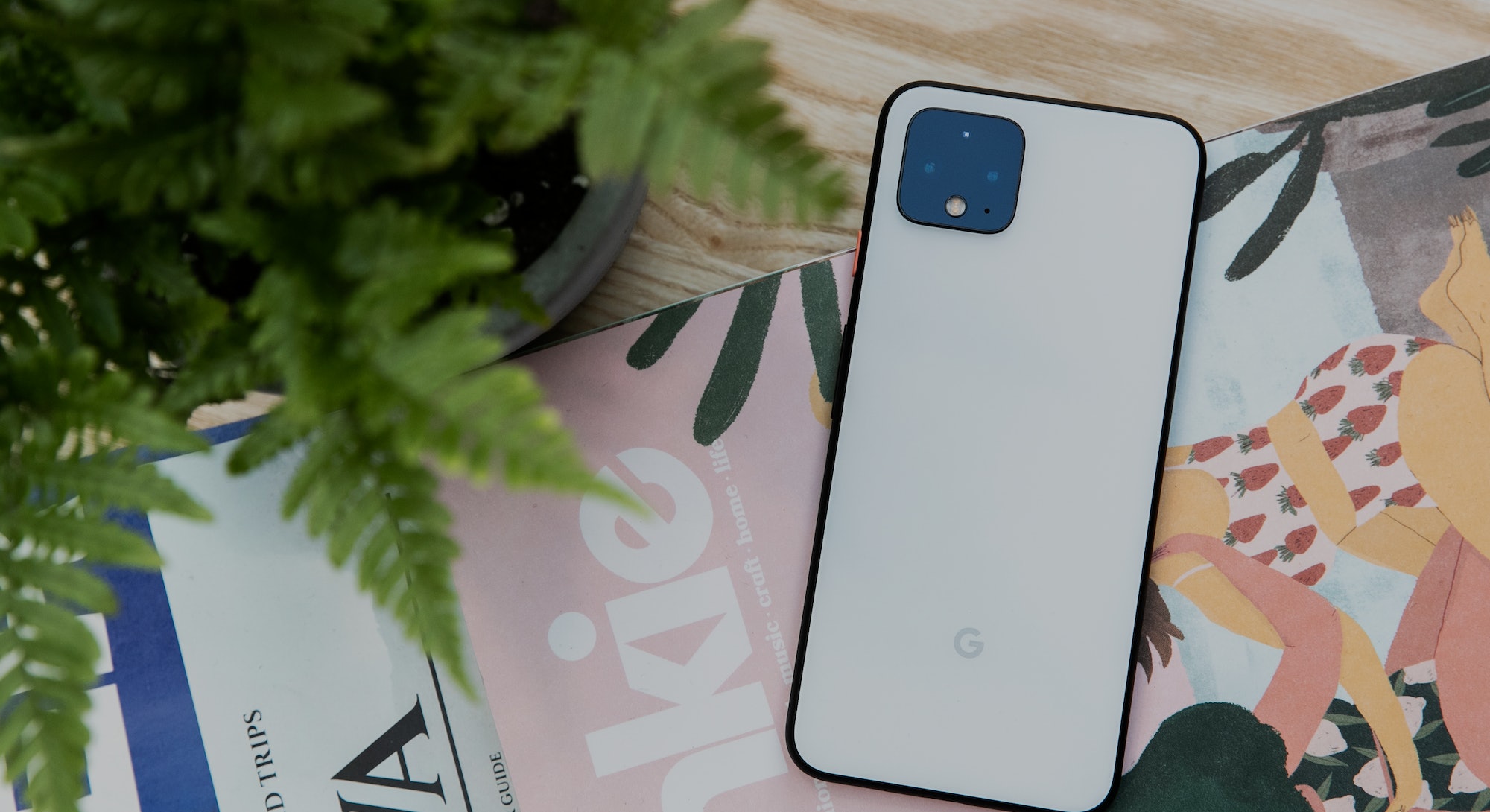 A few weeks back some details about Google’s rumored “Nearby Sharing” feature leaked. We even got a video (below) of the unreleased app in action. A number of publications described Nearby Sharing as Google’s “AirDrop competitor” since it allows you to send files to another nearby Android phone.

What the rumors did not include, and what the video of Nearby Sharing did not show, was any sort of compatibility with a computer, be it a PC or a Mac. As someone that moves a lot of photos and video around, I think calling an Android-to-Android file sharing app Google’s “AirDrop competitor” is (and this is me exercising restraint) extremely charitable. Have you ever used Android File Transfer on a Mac? It’s bad. Really bad.

Apple announced AirDrop all the way back in 2011. The file sharing feature then became part of the company’s larger Continuity program in macOS Yosemite in an effort to tighten the integration between the iPhone and the Mac. Continuity allows you to use iMessage on the Mac, make and receive calls, copy and paste text between the Mac and the iPhone, and more recently to use an iPad as a secondary display.

Apple has an ecosystem of services that bring its products together in actively useful ways. Google has… well, what exactly does Google have?

First let me say that I’m not an Apple fanboy. My personal laptop is a Razer Blade Stealth and my phone is an Asus ZenFone 6. My work laptop, however, is a 2017 13-inch MacBook Pro, and I don’t think it’s an exaggeration to say that AirDrop is one of the most useful features ever to make its way into an operating system.

When the Input team was at CES, we were taking loads of photos and videos of tech on the show floor with our phones. My coworkers were slinging those files to their MacBook Pros in an instant while I was sitting there like a dumbass waiting for the videos I shot to sync to Google Drive over the nightmarishly slow convention center Wi-Fi. As an Android user I’m used to the peanut gallery shouting “wHy dOn’T yOu GeT aN iPhoNE!?” but there’s no denying that this was especially painful.

At least on Windows when you plug the phone in over USB you can browse the files natively, but this isn’t the case on the Mac. As mentioned above, you have to use Android File Transfer (henceforth referred to as AFT) just to access the files on your Android phone. Unfortunately AFT often just doesn’t work, or is too buggy to use in a professional work environment.

This brings us back to Nearby Sharing. It’s great that Google is improving file sharing between phones. But the thing is, it already has an app for this: Files, Google’s don’t-call-it-a-file-manager-file-manager, does this right now. People have floated the idea that Google is bringing these sharing APIs into Android itself, but the only benefit would be file sharing from the share sheet itself, rather than having to launch an app.

So to review, Google is developing system functionality that does the same thing as the Files app, but from all indications it appears to do nothing to enable file sharing with your computer, which is alright on Windows but an absolute disaster on Mac.

Apple brought iMessage to the Mac in 2012, and Google updated its Messages app with support for a web client in 2018, six years later. Apple went the direction of a high quality native app, and Google went with a web app.

Messages for Mac works well as long as you’re using iMessage. You can set up your phone to do regular SMS relaying, but it does require a few extra steps. What’s important, though, is that if you are using iMessage, you can send high quality pictures and videos simply by dragging and dropping them into Messages. Plus, lots of people have iPhones here in the U.S., so the chances are good that your pictures, videos, audio notes, and whatever else, will arrive in high fidelity to your recipient.

Messages for Web, Google’s implementation, isn’t quite so robust. Google only recently implemented RCS on Android, which is roughly analogous to iMessage in that you can also send high quality files, and it does work on Messages for Web. But iPhones don’t support RCS, and people with Samsung phones need to switch to Google’s Messages app to get RCS. Point is: the odds that the person on the other end also has RCS are currently very low. (Transitioning people to RCS has been a messy problem that carriers and phone makers are only kind of working together to solve).

Unlike the file sharing situation, Messages for Web is close to where it needs to be. Would it be better as a native app on Mac and Windows? To a degree, yes, but it does work right now. But given the situation with RCS, Google’s offering still has a long way to go before it works as seamlessly as Apple’s.

When you get a new Mac, you’re prompted to log in with your Apple ID and, if things go well, you’ll usually be signed into FaceTime and Messages. If you have an iPhone and receive a call, your Mac rings and you can take it right then and there without touching your phone. If you have AirPods, you can take your call on them.

If you have an Android phone and a Mac, you can take a Duo call (Google’s answer to FaceTime) if you have Chrome open and the Duo or Messages for Web site open and signed in. You cannot take a regular call, and your Mac certainly won’t ring if Chrome isn’t open.

In summary, there are ways to take calls on your PC from your Android phone, but they’re pretty clunky. If you have a Mac, you can take Duo calls if you have the site loaded and signed in. To date I have never received a spontaneous Duo call from anyone, ever. Obviously we’d all prefer not to have to answer calls, but at least in Apple’s ecosystem the experience is fairly consistent and streamlined.

Apple’s Universal Clipboard is perhaps one of the least acknowledged features in the company’s Continuity program, but also one of the features I miss the most. It’s simple: you copy a bit of text on your Mac and you can paste it on your phone, or vice versa. This is especially useful if you’re juggling things between a Mac, iPad, and the iPhone, but there’s no equivalent on Android.

What you can do, however, is summon tabs from your other Chrome browser instances on Android. This has saved my butt more than once, but it isn’t quite the same as having a shared system-wide clipboard. For example, if you’re struggling to log into a website and you just want to copy the darn password from the recovery email into an app, Apple’s Universal Clipboard is a breath of fresh air.

It’s simple: you copy a bit of text on your Mac and you can paste it on your phone, or vice versa.

It should be noted that Windows does actually have a feature that allows you to sync your clipboard between Windows 10 devices. Theoretically this can be extended to your phone if you again download and install Microsoft’s Your Phone app, but as before I wasn’t able to get this to actually work.

You know what would be better than a Microsoft app that doesn’t work? A real system integration on Google’s part.

Right now Android runs the majority of the world’s smartphones. If you have a Mac, Google’s idea of integration with your desktop or laptop is AFT, a clunky file transfer app that looks like it was made in the late 2000s, which it may have been. On Windows, Google’s idea of integration is nothing: either use Google services in Chrome or try your luck with Microsoft’s Your Phone app.

It would be one thing if Google had feature parity with Apple on Chrome OS, not only because it’s the company’s own OS, but also because it pushes out updates itself rather than having to work with OEMs. But it doesn’t. Hopefully this changes at Google IO later this year, presumably when the Nearby Sharing app makes its official debut.

Either use Google services in Chrome or try your luck with Microsoft’s Your Phone app.

Speaking of OEMs, Google does have to coordinate with a number of manufacturers in ways that Apple doesn’t. We’ve seen rumors of file sharing protocols from Samsung and a cohort of Chinese manufacturers, but this only complicates the situation more. This could explain why Google is trying to bring file sharing into the system itself, but doing so won’t make the experience on the desktop any better.

I would personally like it if Google made native apps for both Windows and macOS, but the company can probably do what it needs to do with Chrome. What’s clear, though, is that to compete with Apple’s AirDrop, iMessage, FaceTime, and Universal Clipboard, a deep level of integration at the OS level is necessary. But until then, it looks like we’ll have to make do with another phone-to-phone transfer app.