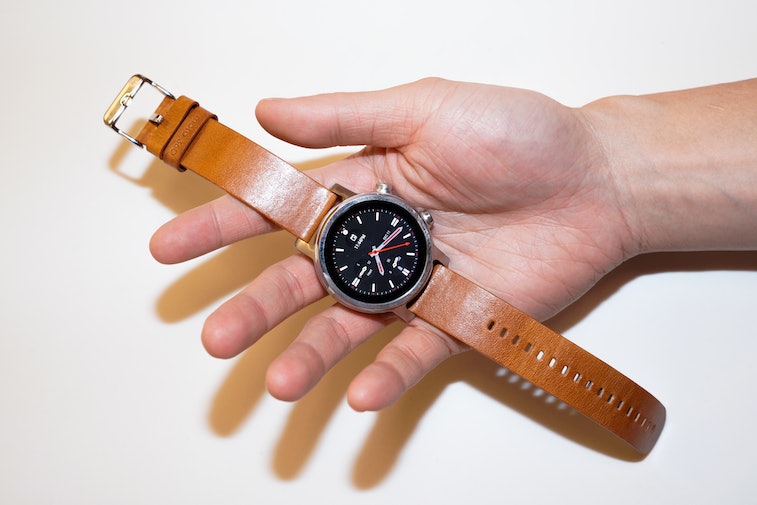 Google’s I/O developer conference returned to a (greatly reduced and socially distanced) in-person format this year with lots of big news for the Android ecosystem, including the long-awaited revitalization of the company’s smartwatch system. The tech giant laid out its plans for Wear — previously known as “Wear OS” and, before that, “Android Wear” — which includes some help from another big tech company: Samsung.

The new Wear will be something of a Frankenstein’s monster, combining elements from Samsung’s Tizen operating system (used for Galaxy smartwatches) with features we’ve come to expect from Wear OS. Google also plans to overhaul its Wear app suite for the conglomerated operating system, with big updates to existing apps and plenty of new ones. And, because Google’s acquisition of Fitbit is now complete, the Fitbit crew is working on the Wear experience, too.

Wear OS has, for the most part, been left out for the vultures for years now. Google seems to have suddenly woken from a deep sleep and noticed that everyone’s wearing Apple Watches. It’s time to catch up.

One seamless platform — The major announcement today is the Wear platform. By taking the best parts of Tizen, Wear OS, and Fitbit’s operating system, Google’s hoping it can finally take on the Apple Watch’s massive success.

One of the biggest ways Wear will differ from Wear OS is in its customizability. Wear OS was notoriously stilted in its inability to conform to different devices — so a Samsung watch running Wear OS was forced to look and feel almost exactly like a Motorola watch and so on. New options for developer customization should make Wear much more enticing to third-party hardware makers.

Google says the new Wear will also solve performance issues that plagued older Wear OS watches, with up to 30 percent faster app-startup times and smoother animations. And, yes, the battery life will be better, too, thanks to low-power hardware cores. Google says all this testing has been done with the “latest chipsets,” though it didn’t specify which processors it’s been trying out.

Fitbit’s involvement in the new Wear has been made a little less clear, at this point. Google says “the best of Fitbit, including features like tracking your health progress throughout your day and on-wrist goal celebrations,” will be part of the new Wear. Fitbit’s always excelled at sleep tracking and has recently been adding features like personal insights that we expect to see carried over into Wear devices.

Maybe — just maybe — it’s enough — It’s difficult to say why Google has dragged its feet for so long on Wear OS. Smartwatches as we know them have been around for nearly a decade, and Google’s first watch operating system debuted all the way back in 2014.

The Apple Watch didn’t debut until 2015, technically giving Google a bit of a head start in the market. In the intervening years, Apple has ended up with the upper hand, pouring valuable resources into the Apple Watch’s development. More than 100 million people use Apple Watches now, according to the company’s estimates.

But Apple’s supremacy in the market won’t necessarily preclude Google’s new Wear from success. Because the Apple Watch is, at its best, an extension of the iPhone and requires one for full functionality, Android users have had to look elsewhere. But the options haven’t been great... with the possible exception of Samsung’s Galaxy Watch line. There’s plenty of opening for Google to build hype around the new Wear and come out on top, especially with Samsung’s input.

By creating one seamless smartwatch ecosystem, both Samsung and Google will benefit from the new Wear. Both Samsung and Fitbit are teasing new smartwatch hardware, and rumors of a Pixel Watch abound. Android users might finally be able to stop pressing their faces to Apple Store windows and looking on with envy.