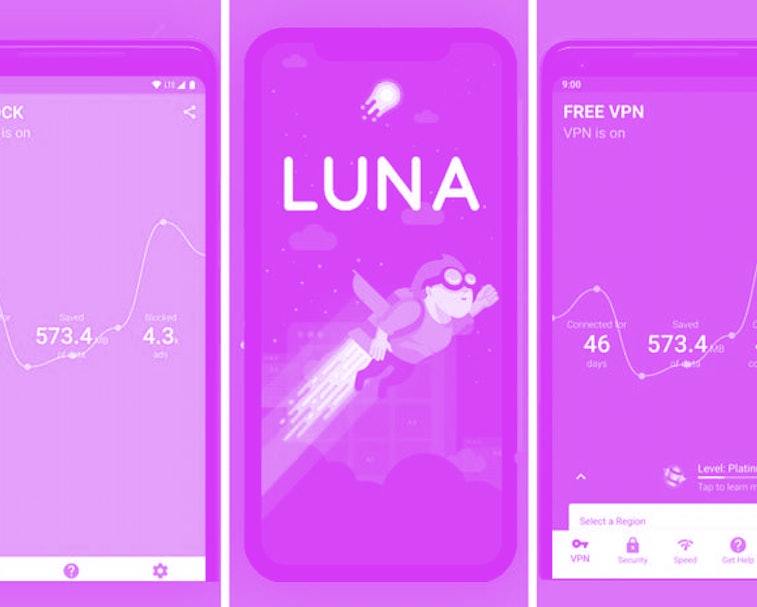 At least 20 VPN and ad-blocking apps for iOS and Android have been used to surreptitiously collect internet usage data and send it to Sensor Tower, an analytics firm that tracks the popularity of mobile apps. That revelation comes from an investigation by BuzzFeed News, which confirmed the information with Sensor Tower.

The opposite of what VPNs are meant to do — VPNs and ad-blockers are intended to give people back some of their privacy. By siphoning off your internet traffic, the apps from Sensor Tower are effectively doing the opposite. The company's slew of apps, with names like Luna VPN and Adblock Focus, ask users to install a root certificate that lets Sensor Tower access all traffic and data passing through their smartphones. Apple and Google have removed many of the apps as a consequence of BuzzFeed's investigation.

According to the report, Sensor Tower's apps would do sneaky things in order to gain access to a user's internet traffic. For instance, Luna VPN would offer to block ads on YouTube if the user visited a website and installed the "Adblock Extension" root certificate. By pushing users to a website external to the mobile app, Sensor Tower was able to skirt Apple and Google's strict limitations around root certificates.

You get what you pay for — Sensor Tower told BuzzFeed that it, "only collects anonymized usage and analytics data," and nothing that's personally identifiable." The company's primary business is to sell insights on how well apps are performing in terms of downloads and revenue. Still, this should serve as a reminder that if you're not paying for your VPN or ad-blocker with cold hard cash, you're probably paying in some other way. VPNs encrypt and route your internet traffic through remote servers in order to give you more privacy, and running those servers costs money. Which is why unlimited VPN services can't just be offered for free.

If you want certainty that you're actually browsing the web securely anonymously, do some research into VPN providers to ensure they don't keep activity logs or sell your browsing data, and be willing to pay some money. Many reputable VPN services offer monthly subscriptions for around the price of a cup of coffee.