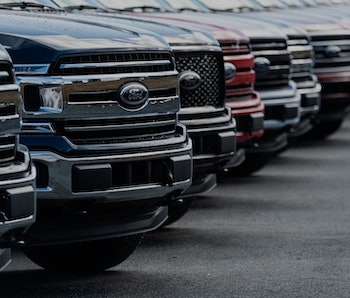 After a lengthy tease, Ford will finally bring promised over-the-air (OTA) updates to the majority of its vehicles. That capability will open up a slew of new features for Ford’s most popular vehicles, including the addition of voice control through Amazon’s Alexa platform. Ford says the OTA technology is ready now and it has set a goal for it to be available in 33 million vehicles by 2028.

The “Power-Up” capability will allow Ford to effortlessly push software updates to its fleet of consumer vehicles; it will also allow Ford to collect a myriad of new data from those consumers.

“We believe that data is the new oil,” said Alex Purdy, director of business operations for Ford’s enterprise connectivity unit. “It enables us to have an always-on relationship with our customer.”

Ford expects to roll out a major Power-Up software upgrade later this year, including direct access to Alexa. More than 700,000 vehicles in the U.S. and Canada will be eligible for the Alexa update in 2021, with millions more added in the next few years.

Alexa, where am I? — Direct Alexa connectivity is a major upgrade to Ford’s existing voice assistant capabilities. As The Verge notes, many Ford vehicles have had the ability to mirror Alexa from a connected smartphone since 2017.

Now Alexa will be “fully embedded” in Ford’s infotainment system, no smartphone required. Ford owners will be able to ask Alexa directly to play some music, direct them to their next destination, or provide a weather forecast. Ford will actually offer customers three years of Alexa completely free, too. (After those three years there will be a small subscription fee.)

Ford isn’t exactly rushing to catch up with Tesla, the company that first made automotive OTA updates mainstream. OTA capabilities will roll out slowly to new and existing vehicles. When Ford’s BlueCruise driver-assist software is released in Q3 of this year, for example, only select F-150 and Mustang Mach-E vehicles will be eligible at first. And that one will come at an extra cost.

Most of Ford’s OTA updates will be utilitarian — a far cry from Tesla’s fart sounds. The company is planning some fun updates, though, like one that will allow customers to create drawings on their touchscreens.