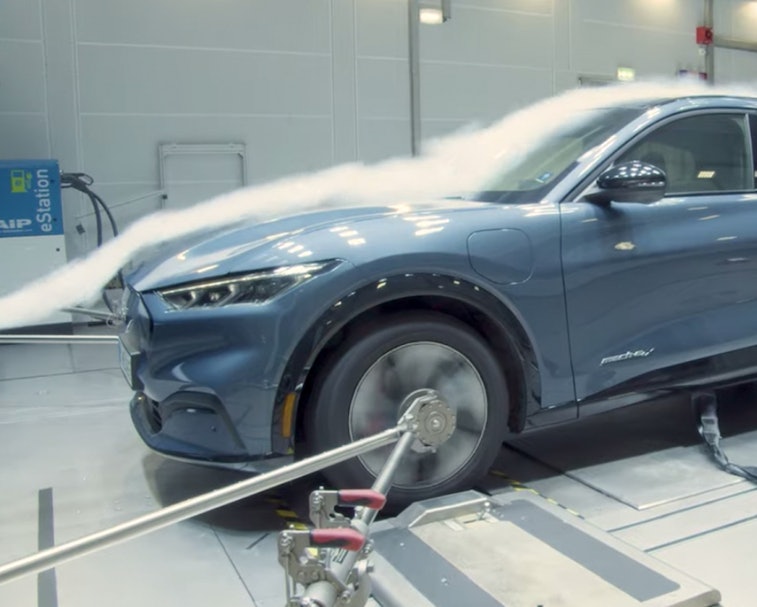 Ford has released new footage that shows its Mustang Mach-E electric car being tested against extreme weather conditions. The automaker opened what it calls a state-of-the-art Weather Factory in Germany, where it can simulate conditions to match the heat of the Sahara Desert, the biting cold of Siberia, and the elevation of some of the highest peaks in the world.

Batteries — If you’ve ever used a smartphone in freezing cold temperatures, you might have noticed that performance can slow or the device can even shut down entirely. At low temperatures, the electrolyte fluid in the phone’s lithium-ion battery literally struggles to move ions. Electric vehicles use a similar type of lithium-ion battery, so there’s long been a myth they won’t perform well in the cold. That means Ford needs to test that its electric car to ensure that it will function properly under the toughest of conditions.

EV ambitions — Ford hopes to electrify 50 percent of its vehicle sales by 2030, with plans to sell an electrified version of its most popular vehicle, the Ford F-150 pickup truck, by spring 2022.

Most of the conditions the Mach-E was put up against are not actually ones that most drivers will ever face — or want to (unless we’re all living on Mars eventually, then Ford will be ready... but Tesla might conceivably get there first). The car faced temperatures as low as -40°F to as high as 175°F, and at high altitudes in a wind tunnel.

Those types of conditions are so taxing that the traditional method of testing them with a human driver is not safe or comfortable, so Ford introduced two robots to assist in the test drives. The robots are supposed to be able to operate the vehicles in different driving styles, testing to ensure pedals and other controls function properly under every condition.

Even though a human would likely never drive under some of these conditions, automakers need safety margins ensuring that a human will never have issues — especially with EVs, which are still trying to become as popular as internal combustion vehicles. Over-engineering is a good thing, in some cases.

It works — Ford was able to demonstrate that the Mach-E does just fine. Once the battery kicks on and starts producing watts it will heat up. Electric cars still tend to take a greater hit on range than combustion cars in cold temperatures, however, because the battery needs to be kept heated, and combustion cars can heat themselves using waste energy from the engine.

Tesla has tried to address this using heat pumps that are supposed to be more efficient than other heating methods. However it’s solved, no one wants to worry about your electric car functioning in the cold.

In response to rising demand for EVs and changing government regulations, Ford plans to boost its investment in electrification and battery development to $30 billion by 2030.