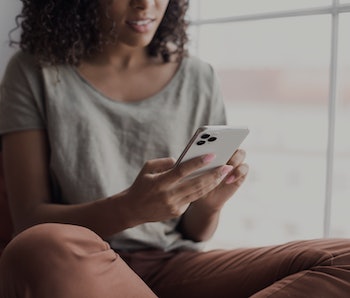 The developer of an iPhone keyboard for blind or low-vision users says that following repeated disputes with Apple, the keyboard will be discontinued. FlickType started out as a swipe-based keyboard for the Apple Watch, and that version will remain.

Kosta Eleftheriou, the developer behind FlickType, says that Apple rejected his most recent update for the keyboard, saying that it needs to work even if a user doesn’t grant “full access” to network access and other iOS features. Eleftheriou says that, in fact, the keyboard does work without full access; only the VoiceOver accessibility feature needs to be turned on. VoiceOver is a screen reading feature that enables FlickType to read words aloud as the user types them, a feature meant to help the blind or hard of vision receive confirmation that they’ve typed the intended word.

Final straw — This is far from the first time Eleftheriou has been forced to deal with Apple’s opaque review process. But he said that this latest rejection was too much. “Our rejection history already spans more than FOURTY [sic] pages filled with repeated, unwarranted, & unreasonable rejections that serve to frustrate & delay rather than benefit end-users. And dealing with App Review isn’t just time-consuming. It’s also very emotionally draining,” he wrote on Twitter.

Eleftheriou is far from the only developer to complain about Apple’s review process for third-party apps. Because apps can only be downloaded through the App Store, developers are beholden to Apple’s demands and the whims of its human reviewers. And those reviewers can be inconsistent in their judgements, as Eleftheriou has experienced with FlickType. One update might be accepted, but then the next update comes with only minor changes and, for whatever reason, Apple’s reviewers decide to reject features that were previously approved.

FlickType initially became popular because it uses high-contrast and voice-over narration to help people with poor vision to type. Swiping on Apple Watch was only added later but resulted in the app soaring in popularity on the App Store. Eleftheriou says that FlickType has nearly half a million downloads.

Powerless — Apple’s strict control over software on iOS has come under increasing scrutiny in the past year as developers complain that its rules, and the fees it charges, harm competition and make it difficult for new ideas to succeed in an open marketplace. If Apple doesn’t like an idea, based on its own subjective opinion, the app isn’t allowed onto iPhones or iPads. And even when apps are allowed into the App Store, there’s a 30 percent commission that Apple demands on all in-app sales (though its enforcement of this rule varies, another point of contention among developers).

Other general-purpose computing platforms like Windows and Apple’s own macOS don’t impose the same constraints, as earlier legal precedent found that such behavior is anticompetitive.

Apple maintains it needs to moderate iOS to keep users safe from malware and viruses, but that argument is increasingly shaky as apps like FlickType struggle to survive. As services revenue has become more important to Apple, some have theorized it aims to maintain control of the App Store in order to continue making money on app sales. The company makes large profit margins on iPhone sales, so the argument that taking fees on apps funds development of the platform has also been scrutinized.

U.S. legislation proposed earlier this year would reign in Apple’s power by requiring it to allow third-party apps stores onto the iOS. The company’s own store would likely remain dominant for the safety and security that Apple promotes, but apps like FlickType would be able to offer their services free from Apple’s grip.