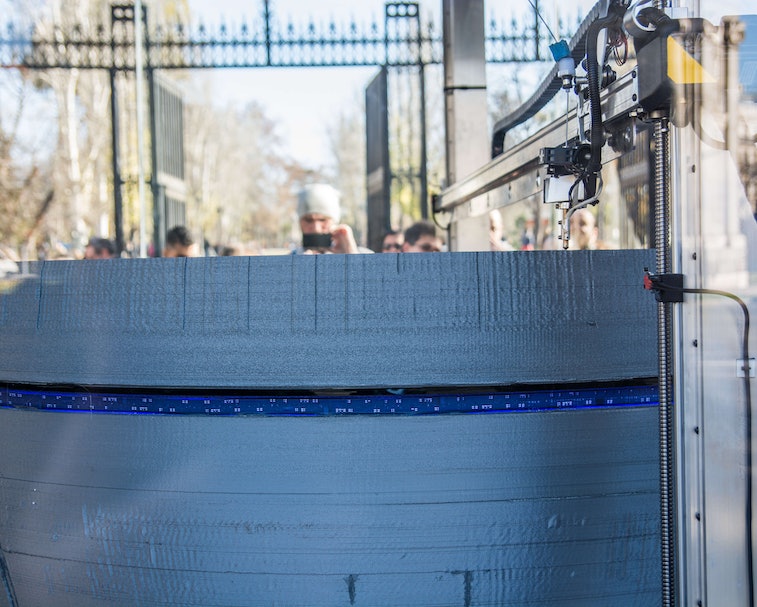 Researchers have identified an improved construction for 3D printed walls that would make them more fire retardant than existing configurations. The discovery could help advance the technology’s application in the construction of commercial and housing projects.

A collaboration between researchers at Sri Lanka’s University of Sri Jayewardenepura and Northumbria University in England, the team found that wall density rather than thickness is key to achieving the highest possible fire insulation rating.

After printing a set of twelve varying wall panels with varying configurations — solid panels as well as one with empty cavities inside — the group heated them up at high temperatures to test their resistance. It was found that when panels with empty space inside were filled with Rockwool, a form of stone wool, they were able to last for up to five hours longer at high temperatures before disintegrating.

Potential cost savings, too — 3D printing offers the potential to drastically drive down the cost of construction projects, as they can be built without the need for supports like beams or columns, because wall panels are created when thin layers of concrete are deposited and quickly harden one layer at a time. The structures can be built inside a factory using significant automation — one 3D printing construction startup called Icon has said its 3D printing system can work around the clock doing the labor of 10 to 20 workers.

But regulators and buyers alike will need to be convinced they’re safe. Companies like Mighty Buildings (and others) already sell 3D printed homes in the United States, and other companies are printing commercial projects. But little research has been published on how the structures hold up against fire. That’s not a theoretical concern, as demonstrated by an infamous apartment fire in London that in 2017 caused the death of 72 people. There’s currently a project underway in Germany to 3D print a three-floor apartment.

Needless to say, 3D printing has the promise to make alleviate housing shortages and bring shelter to more people. Mighty Buildings says its construction costs are 40 percent cheaper than that of traditional homes. But we shouldn’t be putting people who need affordable housing into tinder boxes. This latest research is a step in the right direction.