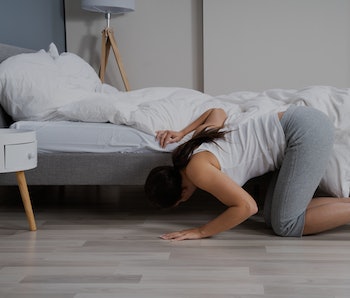 Apple is opening up its Find My tracking service to more than just iOS devices. With the release of iOS 14, Apple is creating a new accessory program that will let users locate third-party tracking devices like those sold by Tile. The change will make third-party trackers much more useful by connecting them to the network of millions of iOS devices that already help people find their lost items.

Tile's tracking devices make it easier to keep track of items or ensure they don't get left behind by alerting a user whenever a tracking device is about to leave close range. Maybe you put one in your wallet, for instance, so you never mistakenly leave it at the restaurant. Tile's network of users also get alerted when there's a tracker nearby that someone has marked as missing. Apple's network of iOS devices is far larger, however.

Apple's new program comes with a specification that hardware makers need to follow for their devices to be eligible to join the Find My network, and the completed specification isn't even ready yet — but neither is iOS 14. Certification of third-party trackers will happen through Apple's Made for iPhone program.

The Find My network relies on the hundreds of millions of iOS devices already in the wild to help locate missing items. Whenever a person's iPhone comes into close proximity with an iPad that's been reported missing, a Bluetooth signal is triggered that updates the iPad's location in Find My so the original owner can approximate where it is. It's basically crowdsourced location tracking.

Tile could become a lot more useful — Third-party trackers haven't been able to take advantage of this network, however, and Apple makes it difficult for companies like Tile to provide the same tracking capabilities as Find My because by default, third-party apps have to request permission from an iOS user in order to persistently monitor their GPS location. Tile has tussled with Apple over this, telling lawmakers in Congress that the company's behavior is anticompetitive because Find My has these permissions by default and it's expected that Apple will soon release its own tracking tiles. The company accidentally leaked mention of "AirTag" tracking devices in a how-to video on YouTube.

It's not clear whether Tile will want to participate in Apple's program because it will still mean following the company's rules and playing within its walled garden. But it's certainly better than nothing, and Tile trackers could become wildly more useful if they can take advantage of Find My's vast network and its permissive location tracking.

Apple still faces an anti-trust investigation in the European Union, where regulators are scrutinizing whether the company wields too much control over developers in its App Store.