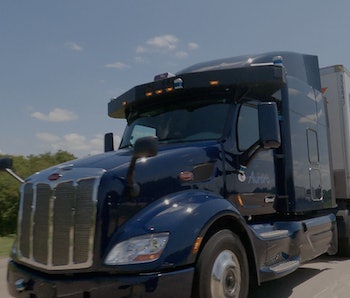 FedEx will begin ferrying packages along a 500-mile route in Texas using a truck that won’t be operated by a human. The company announced yesterday that it’s working with autonomous startup Aurora to launch its first self-driving freight vehicle.

Long-haul trucking is one of the more promising areas for nascent self-driving technology, as large stretches of highway present far fewer variables to overcome, and obstacles to avoid, than busy city streets. Aurora has raised more than $1 billion since being founded in 2017 by a team of former engineers from Google’s self-driving division.

Good pay, grueling work — Trucking is a monotonous, isolating job as drivers must sit in their cabs for hours on end without stopping. For that reason, the industry has been known to pay quite well despite not being a highly skilled job. What worries some is that autonomous driving could eliminate large costs, and thus those positions, for companies like FedEx where every bit of efficiency can result in huge savings. You can imagine for the Amazons of the world, who already automate as much as possible, eliminating the tens of thousands of drivers they have could benefit the bottom line quite a lot. And wouldn’t you be surprised to learn that Amazon is an investor in Aurora?

Try and spot it — There will still be a safety driver in FedEx’s first autonomous truck — and they’ll be sitting behind the wheel too, in case something goes awry and they need to take over. So if you pass one of these trucks, you might not even realize it’s actually operating on its own.

The idea presented by the industry is that, sometime in the near future, an autonomous truck could drive the 500+ miles a route takes, and then as it reaches a city, a driver would hop in to complete the more difficult last-mile stretch to its destination. We’re not quite there yet, though.