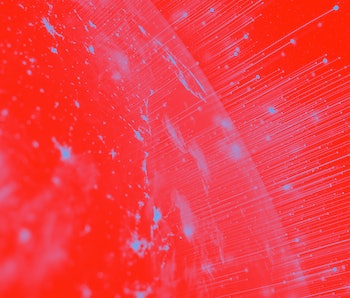 Last week, the FCC voted unanimously to grant regulatory approval for Amazon to proceed with its Project Kuiper, which aims to launch over 3,000 satellites into low-Earth orbit over the next decade to advance and expand broadband internet availability around the world.

“We conclude that grant of Kuiper’s application would advance the public interest by authorizing a system designed to increase the availability of high-speed broadband service to consumers, government, and businesses,” it wrote in its official announcement.

“We have heard so many stories lately about people who are unable to do their job or complete schoolwork because they don’t have reliable internet at home. There are still too many places where broadband access is unreliable or where it doesn’t exist at all. Kuiper will change that,” Amazon’s Senior Vice President, David Limp, said in a press release.

The SpaceX factor — The FCC’s greenlight officially sets up Amazon in direct competition with Elon Musk’s SpaceX program, Starlink — another similar internet satellite constellation program that gained FCC approval back in 2018. Starlink has reportedly already launched around 500 of its intended 12,000 satellites, an estimated 420 of which are already operational. Musk’s project aims to begin offering North American commercial service by the end of this year, so Amazon will already have some serious catching up to do.

Opting for Prime Delivery — While no official timetable has been given yet by Amazon itself, the FCC’s decision stipulates that the company must have at least half of its constellation launched and operational by 2026, with the remaining half to be up and running by 2029. The satellites themselves “will operate in 98 orbital planes at altitudes of between 590 km to 630 km,” states Euronews. “It will eventually provide coverage to places ranging in latitude from 56 degrees north to 56 degrees south — nearly the entire inhabited surface of the globe.”

Amazon is planning to sink $10 billion into Project Kuiper, so there’s a decent chance the company is planning to move fast to catch up with Starlink’s already considerable progress.