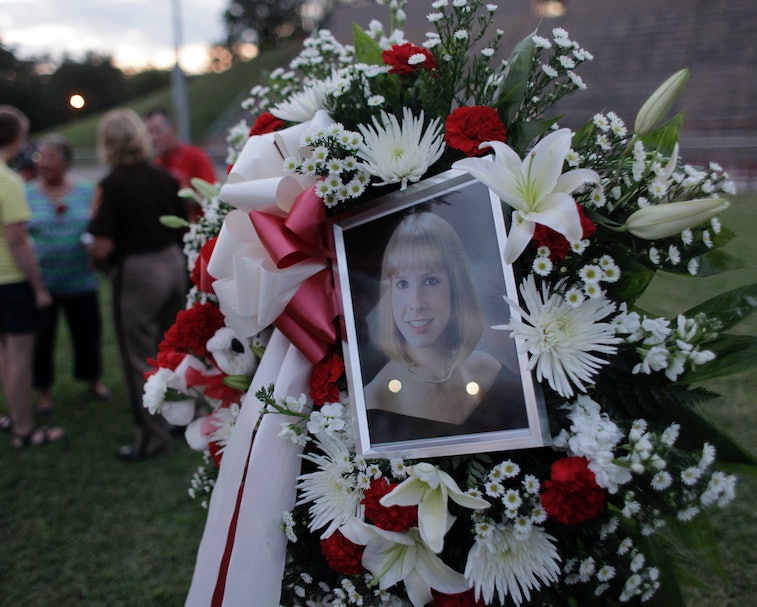 It’s been almost half a decade since reporter Alison Parker was murdered on live television — but the internet won’t let her family forget. Videos of the violent murder have been circulating on YouTube ever since. Now Alison’s father, Andy Parker, has announced he’s filing an official complaint with the Federal Trade Commission, claiming Google and YouTube have mishandled the spread of violent videos on the platform.

The filing states that YouTube does its users a huge disservice by leaving violent videos up until they’re reported by users themselves.

YouTube needs to take responsibility — YouTube’s own policies are on Andy Parker’s side here. The company’s community guidelines strictly prohibit any and all images of graphic violence and death.

But instead of automatically removing these videos — which YouTube does of its own accord in instances of copyright infringement, for example — the burden falls upon users to find and report these videos. Andy Parker’s filing calls this “deceptively burdensome.”

“We rigorously enforce these policies using a combination of machine learning technology and human review and over the last few years, we’ve removed thousands of copies of this video for violating our policies,” Google told Motherboard. That may be the case — but whatever measures Google has taken thus far is not enough.

A larger issue is at hand — Andy Parker’s complaint with the FTC is symptomatic of a much larger issue with YouTube. Videos of Alison Parker’s death are not the only violent moments available to watch on the platform. While YouTube does take many of these videos down, others can stay up for years until someone properly flags them, a process that involves marking specific timestamps with written descriptions of violence.

YouTube’s standardized practice of waiting for users to find and flag the stragglers is inefficient and harmful to people like Andy Parker. The company will need to assume more responsibility for its moderation practices, or the problem is sure to only get worse.