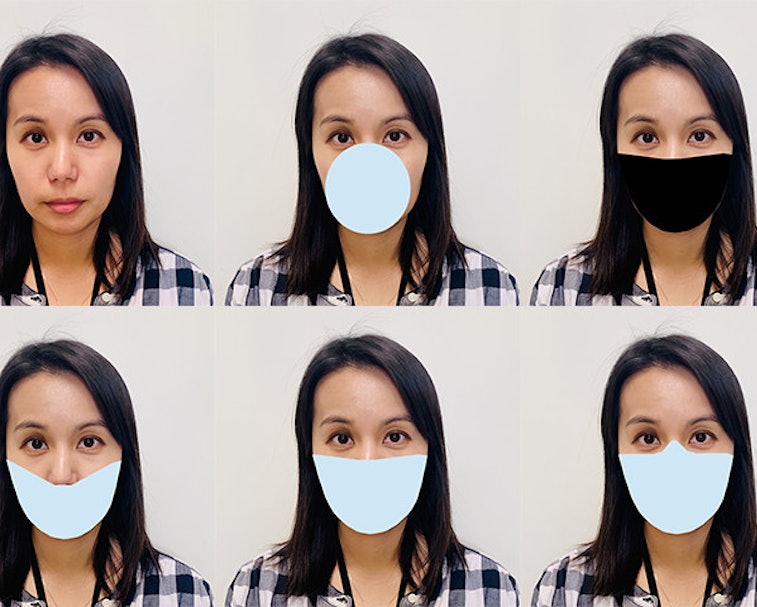 If masks weren't already important enough in stopping the spread of coronavirus, it turns out they're serving double-duty by also thwarting facial recognition technology. The US National Institute of Standards and Technology (NIST) has come out with a new study saying that masks covering the nose and mouth increase the error rate of facial recognition software by between 5 and 50 percent.

If you want to do your part in stopping intrusive facial recognition, NIST's study also says (wink wink) that black masks are more likely to cause errors than blue masks. The more of your nose that's covered by the mask, the more likely the algorithm is to fail as well. Thanks for the advice, NIST!

How facial recognition works — NIST's findings shouldn't be surprising. After the public started wearing masks en masse, companies were quick to announce that they were working on adapting their technology. But that's proven quite difficult as the software typically identifies people using specific facial attributes, such as the shape of their nose or the distance between their eyes. Once you throw on a mask you lose a lot of information to base identification on. Then you also have to factor in variables that can also reduce accuracy, like if a camera captures an overexposed picture of the face.

The algorithms are bad — Facial recognition software has been widely criticized for its poor accuracy without masks, with the software misidentifying people of color disproportionately often. Back in June it was reported that police in Detroit falsely arrested a Black man, Robert Julian-Borchak Williams, in a robbery case after running pictures from the scene of the crime through an algorithm. Williams later said the suspect didn't even look like him.

Companies that say their technology is accurate with masks have only released limited internal data, and it's really hard to tell without public tests. NIST says it expects the accuracy of its own algorithm against masks will continue to improve.

In the meantime, do your part and wear a mask. Even Trump supporters should be able to get on board since they hate government overreach so much, just don't frame it as saving lives.