"At this stage, there is no strategy set in stone for the markets or the product, or how it will actually get rolled out."

Patrick Ellis, Libra Association, in an interview with Reuters 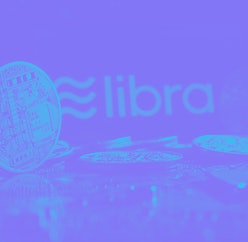 Bad news for Facebook. One of the governing board members of Facebook's digital payments proposal, Libra, told Reuters on Thursday that the project did not have a solid launch strategy in place yet.

Oof — Patrick Ellis of the Libra Association told the news agency, "At this stage, there is no strategy set in stone for the markets or the product, or how it will actually get rolled out." For Facebook, which boasts over two billion users, this lack of confidence means that its original plan to take off in 2020, could be delayed. For now, though, Ellis insisted that the launch will still take place.

Still, these comments don’t do Libra any favors. Already some of Libra’s backers, like Mastercard and Visa, have jumped ship plus the digital currency project has sparked worries among regulators who say that Libra could prove to be a challenge for global financial stability.

Why is Facebook obsessed with Libra? — Even with the shaky reception Libra has received so far, Facebook remains fixated on its blockchain project. And there's a rather simple reason for that: Mark Zuckerberg cannot afford to ditch Libra since there are massive companies looking for digital currency partnerships and digital currencies, including PayPal, Wells Fargo, Chase, and others. Even companies like Google and Microsoft are reportedly eyeing the concept.

As is obvious, there is definitive and active interest in these digital currency collaborations and projects taking off. Ignoring would be counterintuitive, it seems. Facebook, which jumped on Oculus for similar reasons just to make sure it is the biggest player in the VR market before anyone else is, can’t afford to let its blockchain competitors wound the same goal: dominance.