Facebook will pay creators $1 billion to stay off TikTok 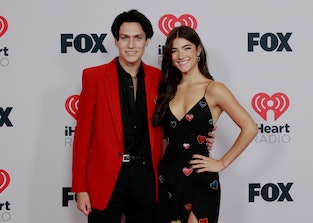 Facebook is competing with a host of others to keep popular creators sharing on its platform, and now it’s bringing new money to the fight. CEO Mark Zuckerberg today announced a program to pay $1 billion to creators through the end of 2022. The New York Times first reported on the news.

The money will be allocated to all types of content creators, though the program is invitation-only for now. Influencers who are eligible to receive payouts can earn money by using Facebook and Instagram features to share original content and by meeting certain milestones.

Creator economy — In offering direct payments to creators, Facebook is playing catch up to rivals TikTok and Snapchat, which have both offered cash payments to incentivize their most popular creators to stick around. YouTube allows users to make money from advertising and also lets users charge their most loyal fans for access to exclusive videos.

In the past year especially, online creators have clamored for ways to make money, recognizing the platforms need them in order to succeed. For Facebook and others, paying creators can ensure their platforms stay relevant and don’t suffer the fate of Vine, which died after influencers frustrated with the lack of monetary incentive left for alternatives and Twitter, which had bought it, decided to close it.

Gotta catch up — Facebook has been particularly slow to roll out monetization features, but that’s changing as Instagram’s head Adam Mosseri recently said that it would aim to become “the best platform for creators long term,” and that means experimenting with features like allowing users to charge for access to exclusive content.

Direct payments from Facebook and others are likely temporary as the platforms try and keep influencers while they develop more sustainable monetization products.

While it may have a lot of competition from TikTok, it doesn’t seem that Facebook is at any real risk of dying. Instagram alone has more than one billion monthly active users, likely still more than TikTok despite its rapid growth. But it’s a good thing that the competition is forcing Facebook to find ways to pay creators considering that it, alongside Google, vacuum up most online advertising revenue today, and do so on the back of others’ work.