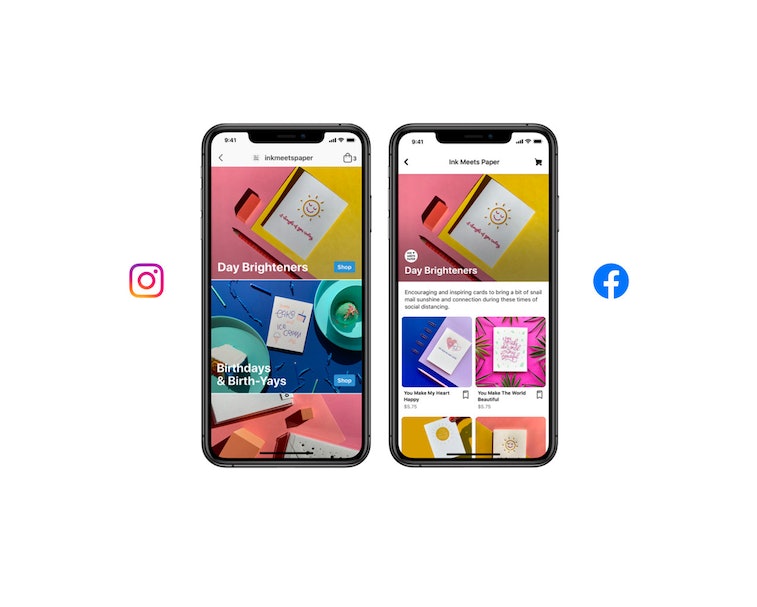 On Tuesday, CEO Mark Zuckerberg announced Facebook Shops in a Live product update video. Shops transform Business Pages into storefronts and work seamlessly across Facebook, Messenger, Instagram, and WhatsApp. Though the news initially drew concern for Shopify, the e-commerce company was revealed as a partner in the second half of the stream. As it stands, there are two entities that should be shaking in their boots: Etsy and the internet as we know it.

What to expect — Facebook Shops took what the company learned from Marketplace (currently the target of an EU antitrust probe) and Instagram Shopping in order to create a comprehensive e-commerce solution. Instagram, in particular, has been a driving revenue force for Facebook both in commerce and advertising and will launch its own Shops this summer.

In addition to listing and highlighting products directly on Pages, small business owners will be able to personalize their storefronts and add loyalty programs. Towards the middle of the stream, Zuckerberg starts flexing some more advanced features. Facebook Shops plans to utilize AI to surface relevant products to shoppers and eventually, automatically tag products in photos. Facebook is working on a “universal product recognition tool,” a version of which is already in use on a smaller scale in Marketplace, according to The Verge.

After a year of trying to build a live shopping feature — then just buying the technology and fine-tuning it for about six months — Facebook will also finally roll out real-time Live shopping. Products will be tagged beforehand so they’re easy to buy straight from live streams of product launches and tutorials. Businesses can also leverage augmented reality, previously only available to select brands, to help buyers see how products look in their homes or on themselves.

The competition — As these features were announced, Shopify’s stock briefly tanked before rebounding once CEO Tobias Lütke joined the Live. Etsy’s stock immediately dropped a point as remained below yesterday's average since the stream started. Both Shopify and Etsy had come back in a big way following major losses during March. Shopify is handling Black Friday-level traffic daily and Etsy’s sales were up 79 percent in April, not counting the face mask boom.

Etsy hits its sellers with both a listing fee and a cut of any sales, but both Facebook and Instagram Shops will only take a percentage from sales made from the platforms, not a business’s website. If an owner would rather push buyers to their websites, they can disable Checkout. Many of those websites are likely using Shopify, WooCommerce, or one of the other major e-commerce platforms partnering with Facebook.

Zuckerberg noted that Facebook tried to build a complete end-to-end product, but ran into several issues it couldn’t (yet) handle, so (for now) it will partner with these companies, namely Shopify. With Shopify’s recently updated Shop app, it feels like both companies are acknowledging their respective weaknesses to learn more about each other before they inevitably become nemeses.

Using these products allows Facebook to get a better understanding of your online behavior, so it can serve you ads.

One-stop-shop — Facebook is taking a page from AOL’s turn of the century playbook; it wants to be your portal to the internet…with less mechanical screeching and CD upgrades. Yesterday, Instagram launched Guides, a media-centric listicle creator, while Facebook has tooled around with its own News section for months. News, breaking and evergreen, sits with these expanding e-commerce tools, its Craigslist-killer, video programming, and Gaming as part of the company’s growing arsenal of products. Above all else, using these products allows Facebook to get a better understanding of your online behavior, so it can serve you ads.