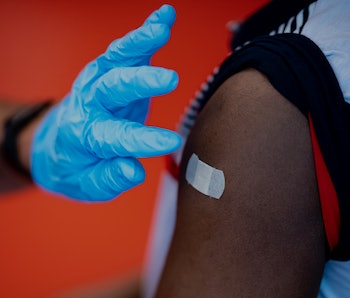 With Delta variant cases on the rise across the United States, it’s quickly becoming apparent that nowhere near enough people are running to the pharmacy to get their COVID-19 vaccines. So few, in fact, that the CDC has now reversed course on its April guidance stating that most Americans no longer needed to wear masks indoors. Sigh.

Blame for low vaccination rates really depends who you ask. The White House — including President Biden himself, always a loud critic of Big Tech — has been vocal in blaming Facebook for the steep decline in COVID-19 vaccination numbers in recent months. “They’re killing people,” Biden said in mid-July. “Look, the only pandemic we have is among the unvaccinated. And they’re killing people.”

Facebook says no way — After one of the most powerful men in the world attacked the company directly, Facebook wasn’t ready to just sit and take it. Guy Rosen, the company’s VP of Integrity, published a blog post the very next day entitled “Moving Past the Finger Pointing.”

In the post, Rosen claims 85 percent of Facebook users in the U.S. have either already been vaccinated or hope to be vaccinated against COVID-19. “As a company, we have devoted unprecedented resources to the fight against the pandemic, pointing people to reliable information and helping them find and schedule vaccinations,” Rosen writes. “And we will continue to do so.”

Facebook’s news is…problematic — The discrepancies in these survey numbers is staggering. The Washington Post notes that survey data can never conclusively prove whether or not simply using Facebook affects vaccine acceptance. But when it comes to Facebook users who consider the social network their main source of news information — well, those numbers are pretty telling.

Of the 20,669 people surveyed, about 31 percent said they’d gotten news about COVID-19 from Facebook in the last 24 hours; that’s just one percent less than CNN. So yes: Lots of people are using Facebook as a news source.

Trusting Facebook as your main news source is almost guaranteed to be a problematic experience. Despite its many initiatives to stave off COVID-19 misinformation, Facebook’s daily existence is still very much a struggle of moderation. Given that general environment, it’s not at all shocking that many Facebook news-consumers have a warped vision of the importance of vaccination.

The Washington Post is careful not to draw too many conclusions from its data. The publication instead calls for more research into the effects of reading too much Facebook news. We’d be very interested in hearing the results of that study.