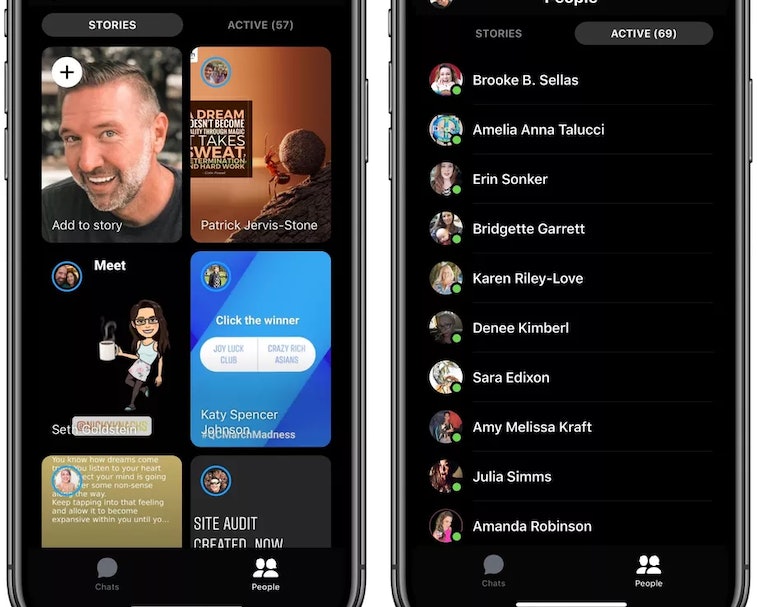 After years spent cluttering Messenger with unwanted features like games and customer service chat, Facebook is cutting the noise and simplifying its namesake messaging app, according to TechCrunch. The new design focuses Messenger solely on its core purpose: Chatting with your friends and family.

Back to square one — The update sees Messenger return to something like the original concept launched back in 2011 when Facebook broke chat out of its main app. Users initially raged over the company forcing them to download a separate app but quickly adjusted as they found Messenger was simple and easy to use. It did one thing, messaging, and did it well (and actually began as Beluga, a messaging app Facebook acquired).

Facebook shot for the fences and missed — Facebook's ambitions for Messenger skyrocketed as it took off and grew into the hundreds of millions and eventually billions of users. The company was ready to monetize the thing, and that translated into giving businesses a way to engage with users through customer support chat and advertisements. Facebook also smashed games in there as an attempt to revive its old gaming business that had once been a big moneymaker on desktop. It seemed like Messenger chief David Marcus wanted to imitate the "do everything" chat apps that are popular in Asia, which make money by allowing their users to do everything from order food to pay bills.

For reference, here's what Messenger looks like now, before the coming redesign:

Marcus has since moved to Facebook's Libra cryptocurrency team, and Messenger's new leader Stan Chudnovsky has thankfully thrown those ill-conceived ideas out the window. People don't want to deal with customer support through "intelligent" chatbots that are actually dumb and slow, or play little mini-games in the app they use to talk with friends. Other services, like ordering food, are dominated by brands like DoorDash and Uber Eats that want to control their own apps.

Dropping the "Discover" tab that included the aforementioned games and a place to find businesses available in chat, the redesigned Messenger has just two tabs: Chats and People. The former is self-explanatory, while the "People" tab includes recent Facebook Stories from your friends, and well as a section that shows the friends you chat with most often who are online right now. Customer service chatbots will still exist but be less prominent — you'll primarily find them through a businesses Facebook page. The updated Facebook Messenger will begin rolling out next week.