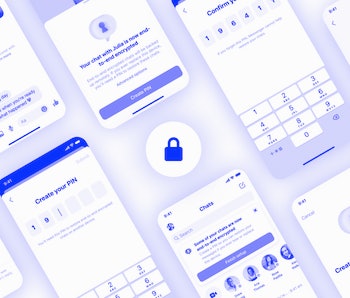 Meta is starting to make some Messenger chats end-to-end encrypted by default, the company announced. The new test is part of a broader push to make all of the company’s chat services encrypted at some point in 2023, which given current events, should maybe be expedited.

E2EE Chats — Meta says that if you’re in the test group, some of “your most frequent chats may be automatically end-to-end encrypted” which is delightfully non-specific, but welcome all the same. A bare minimum privacy feature shouldn’t depend on you remembering to turn it on in the first place.

Encrypted messages were previously made available to everyone in text messages, group chats, and calls in January 2022 via a toggle. Meta is conducting similar opt-in encryption tests with direct messages in Instagram, as well.

Poor timing — If you’ve been keep up with the news this week, you might be aware of how awkward announcing these encryption features right now is. On Tuesday, Motherboard reported that Meta released Messenger chats to Nebraska law enforcement in a criminal case concerning a 17-year-old’s abortion. Meta contends that the warrants it received for the chat logs didn’t mention abortion and the requests took place before the Supreme Court’s historic reversal of Roe v. Wade in June.

Still, the report highlights the disturbing way social media activity can be used to prop up the criminalization of abortion. It also wouldn’t have been nearly as easy to pull off if Messenger’s chats were encrypted by default.

According to Meta the timing of the test has nothing to do with the report. “This is not a response to any law enforcement requests,” a Meta spokesperson told Wired, “We’ve had this date in the diary for months, but the short notice is because Messenger product teams have been finalizing the tests that are going live.” Given the size of the company, it’s entirely possible the right hand wouldn’t know what the left’s doing, but that doesn’t mean it doesn’t seem a little convenient.

Secure storage & Instagram — Alongside default encryption, Meta is also adding a secure storage solution so that your encrypted messages don’t need to be solely kept on your device, which should make picking up your message history on a new phone easier. The test of opt-in encrypted messages and calls in Instagram is also getting expanded to adults in Ukraine and Russia.