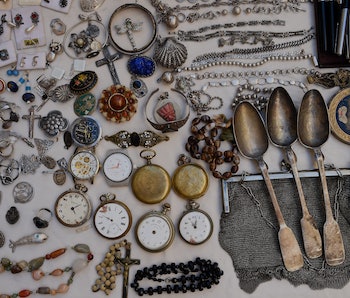 Facebook Marketplace isn’t as safe as you might believe. A new report in ProPublica details a string of crimes that have been committed after people connected on the social network’s service which lets users buy and sell items to or from people in their area.

Crimes include at least 13 murders since the start of the COVID-19 pandemic alone. In one instance, a 54-year-old woman was allegedly stabbed to death when she went to pick up a “cheap refrigerator” she saw on Marketplace. The stories are all very similar, but other crimes have been committed directly on the platform, like people trying to sell vaccination cards or bogus supplements.

These types of acts aren’t unique to Facebook. A man by the name Philip Markoff was famously dubbed the “Craigslist Killer” after allegedly killing people he met through Craigslist classified ads. But Facebook Marketplace is said to have more than a billion years worldwide, and estimates find it’s larger than Craigslist in the United States. The company primarily relies on automation to review posts and check the authenticity of accounts, and is notorious for letting concerning content slip through the cracks. Its scale and existing security issues make Facebook Marketplace ideal for scammers, according to experts.

Clean platform — One nice benefit of Facebook Marketplace over Craigslist is that most users interacting on the platform are using their real identities. The user interface is also just cleaner and easier to use, giving it a professional sheen. But as ProPublica’s revelations indicate, you still need to be cautious. Fake accounts are easy to create, and Facebook often catches them only after they’re reported.

Experts the outlet spoke to suggested that transactions should be completed in a public space, not at someone’s home. The woman who was killed over the refrigerator was found in the suspect’s home after her family reported her missing. The message history between her and the seller revealed their whereabouts.

Scaling first — In just another instance highlighted in the report, a network of suspicious accounts were found peddling potential dangerous “male enhancement” drugs using hypersexualized images, despite being in violation of Facebook’s policies. People have been caught selling guns there, too.

Facebook doesn’t take a cut of sales on Marketplace, but it does sell ads there to sellers who want to boost their wares’ visibility. It could combat fraud by verifying people’s identities, or charging to make certain types of posts where fraud is common, like ads for cars. It could also hire more moderators to check suspicious content. But those moves could slow down growth, which is anathema to Facebook’s goals.

The company rapidly scales new products and then relies on automated systems and a small number of contractors to enforce its rules. The lesson for regular people here is to be careful, even on Facebook where it might seem “safe” because someone has a name and profile picture. And also, you know, don’t buy sex drugs on a peer-to-peer marketplace.