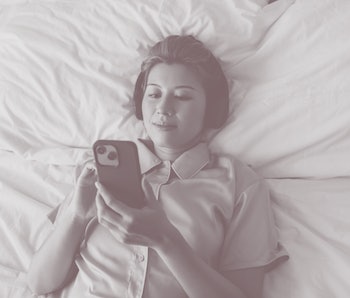 About a year ago, Facebook started planning a full suite of audio features, including a short-form audio feed and podcast integration. Now that the metaverse is the only thing Mark Zuckerberg can think about, Facebook’s audio aspirations have been put on the back burner before they were ever really given the space to fully develop.

A number of industry executives told Bloomberg that, while Facebook is still having plenty of conversations with podcasting partners, those conversations have shifted toward events in the metaverse and online shopping. The partners in question aren’t exactly happy about this shift; Facebook’s audio expansion provided the promise of an enormous audience and significant ad revenue.

But audio isn’t as hot as it was a year ago, and Meta has a short attention span. More than ever, it’s following trends so closely it can’t even manage to finish one product before moving onto the next.

Trend alert — Audio content was one of the biggest tech trends to grow out of the pandemic. The rise of Clubhouse sent every other tech company running to create its own live audio features. That’s how we ended up with Twitter Spaces, for example. Podcasting, too, drew the tech world’s attention like never before.

Facebook’s entry into this space was relatively late. It wasn’t until June 2021 that its podcast-streaming feature launched — by which point the audio boom had plateaued.

Facebook parent company Meta spends much of its time sniffing out the hottest tech trends in order to copy them over to its own platforms. That’s how we end up with something like Reels — an obvious TikTok clone that’s bringing in plenty of revenue for the company. And audio just isn’t as hot as it used to be.

Is audio over? — Meta says its audio ambitions aren’t being scrapped by any means. A spokesperson told Bloomberg it’s still working on podcasts and has been seeing “good engagement” for its audio products.

It isn’t all that surprising that Facebook’s interest in audio products has declined. The company itself has changed massively since it first announced its audio features; this time last year “Meta” didn’t even exist. Now the metaverse is the company’s entire brand.

Facebook’s waning interest in audio isn’t exactly a death knell for the audio market writ large. Sure, Clubhouse is pretty much dead, but the public’s interest in podcasts is still going strong. Really, though, Meta’s disinterest in any market is never a good indicator of that market’s health — this is the same company that pivots back to video once a year or so.