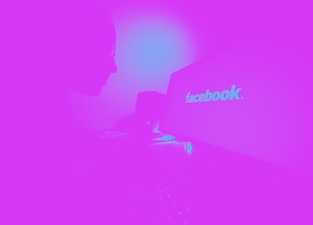 How much of the company's U.S. workforce is Black.

Facebook is under investigation over claims alleging that the social media company propagates “systemic” workplace discrimination. The news, first reported by Reuters, comes after four Black individuals who worked at Facebook or applied for jobs there last year filed a joint complaint with the Equal Employment Opportunity Commission (EEOC).

Culture fit — According to the complaint, Facebook employs “subjective evaluations” in hiring decisions that promote racial stereotypes and discriminate against Black individuals. These types of assessments are often referred to in Silicon Valley as “culture fit” assessments, or evaluations of whether or not a potential hire will fit in with the rest of a team. It’s common in the industry for entire teams to be involved in hiring decisions but “culture fit” is often seen by women, people of color, and other marginalized groups as a coded way to exclude people who aren’t White men. According to Facebook’s most recent diversity report, just 3.9 percent of the company’s U.S. workforce is Black.

The EEOC hasn’t brought any specific allegations against Facebook yet, only adding the “systemic” designation to the probe last Friday. But that move could lead to a class-action lawsuit down the line if discrimination in Facebook’s workplace decisions is indeed found to be widespread. When the complaint was filed last year, the group said it was filed on behalf of “all Black Facebook employees and applicants to Facebook.”

Facebook declined Reuters’ request for comment on the allegations, but said “it is essential to provide all employees with a respectful and safe working environment.”

Product problems — Racial disparities aren’t just bad for workers, they’re bad for the tech companies themselves. When their workforces aren’t diverse, it’s reflected in the products they make that are supposed to serve a global userbase. Facebook has shown repeated blind spots over the years to how its product decisions could harm anyone who isn’t a White male.