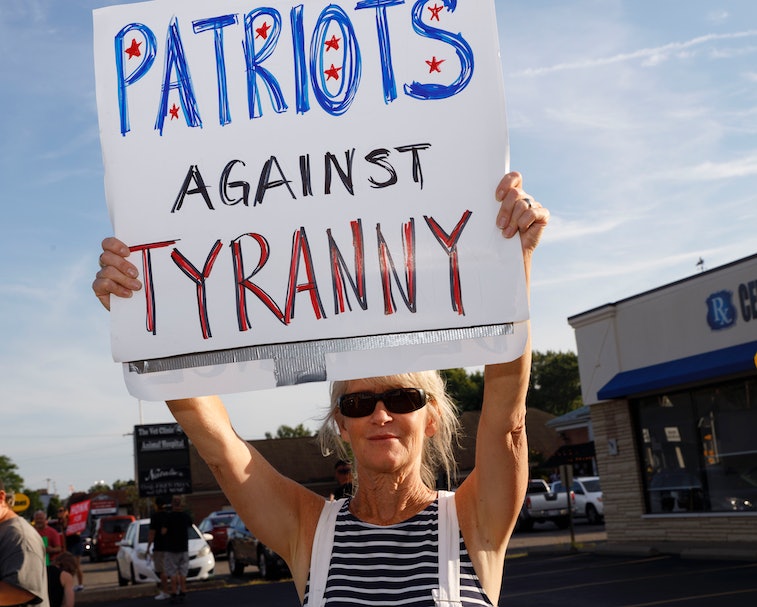 Facebook isn’t just allowing vaccine misinformation to thrive — it’s actively assisting those spreading it. And many of the misinformation super-spreaders also happen to members of violent militia groups.

That’s what the Tech Transparency Project’s (TTP) latest investigation found, at least. Facebook promised last year to rid its platform of militia groups, but they’re still very much alive and well, as it turns out. Members of those groups have latched onto the anti-vaccine conspiracies circulating Facebook and are now using their groups — some with thousands of members — to further spread false information about the COVID-19 vaccines.

Vaccine experts — Contemporary Facebook loves the site’s Groups feature. There’s a Group for just about anything, in 2021, and many of them are entirely hidden from public view. Moderation of Groups is left up to (often self-appointed) administrators.

The TTP found that one militia group administrator, in particular, had been trusted with Facebook’s coveted “Group Expert” badge. Facebook says the badge is meant for “trusted, well-informed members” of a group. The administrator, in this case, has been calling the Delta COVID-19 variant “BS” and posted a message stating: “The unvaxxed are armed. It’ll be a short fight.”

Group administrators are given the absolute power to grant the “Group Expert” badge to anyone in the group. Which, when you’re in the midst of fighting a losing battle against misinformation, doesn’t exactly seem like a very helpful feature.

A match made in hell — Anti-vaxxers and violent militia groups wouldn’t be the first friendship we’d think up, but they’re actually perfect for each other, in a twisted sense. Both groups feel they’re being silenced, specifically by left-leaning politicians and the media; both feel ready to act on the anxiety brought on by the ongoing pandemic.

“You get the soccer mom who doesn’t see herself as a [militia member] or maybe didn’t think of herself as a ‘Stop the Steal’ person,” said Katie Paul, director of TTP, “but those moms are aggressive about protecting their kids from the vaccines, and so it’s easy to loop in an entirely new audience.”

Facebook, meanwhile, keeps hammering home one fact: that Facebook has removed plenty of misinformation from the site. A Facebook spokesperson told Vice more than 20,000 militia-related Facebook groups have been removed since the ban was announced.

The fact remains that vaccine misinformation is still very much a problem on Facebook, so much so that Facebook news readers are demonstrably more opposed to vaccines than even Fox News followers.