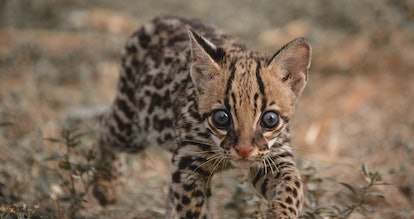 Endangered species are being trafficked through Facebook Marketplace at an alarming rate, despite Meta’s long-standing pledge to end such activity. Avaaz, a global campaign group, didn’t even have to look very hard to find these animals for sale. All it took was “a matter of clicks,” The Guardian reports.

Facebook’s Marketplace feature is, at this point, one of the social network’s most-used features, mostly because its audience is so enormous. But it’s also successful in selling some things that shouldn’t be listed there in the first place. And Facebook seems entirely incapable of weeding out the bad from the good.

The offenders here are by no means difficult to find. Avaaz found that some groups selling animals didn’t even try to hide their purpose from the public; one group, called “Wildlife Trade, Pangolin Scale, & Rhino Horn” was auctioning off a variety of animals with a picture of a pangolin in a cage.

Four years ago, Facebook co-founded the Coalition to End Wildlife Trafficking Online — a project that doesn’t exactly line up with what researchers are seeing across the social network. But that’s pretty par for the course with Facebook.

In broad daylight — This report would be damning for Facebook in just about any context, but the context here does make it look significantly worse. It’s not just that Facebook is letting sly animal trafficking posts slip through the moderation cracks — these posts and groups are explicit about their intent.

As usual, Facebook’s algorithms have only served to make this problem worse. After finding posts selling cheetahs, monkeys, lion cubs, and animal tusks, Facebook suggested 95 groups to the researchers’ account — 76 percent of which explicitly asked to buy or sell an animal.

Facebook doesn’t care — When contacted about this problem, Meta immediately raised questions about the validity of Avaaz’s research. The results, a Meta spokesperson said, didn’t accurately reflect the moderation progress Facebook has made.

The company blamed its failures on traffickers instead. “This is an adversarial space, though, and the people behind this awful activity are persistent and constantly evolving their tactics to try and evade these efforts.”

While there may be some truth to this statement, it doesn’t address Facebook’s unwillingness to take action. Avaaz alerted Facebook to all the trafficking posts it had found. While 13 percent of those posts were removed before the reporting process was complete, only 43 percent of the total reported posts had been removed a week later.

This isn’t the first time Facebook has struggled to keep sales on its platforms under control. And you can be sure it won’t be the last, either.