“We want to make clear that there was no malicious activity behind this outage — its root cause was a faulty configuration change on our end.” 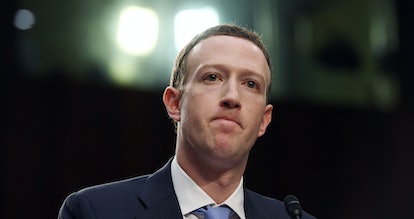 Yesterday was a terrible, horrible, no good, very bad day for Facebook. For hours, the social media giant’s main site alongside both Instagram and WhatsApp were completely offline, prompting copious amounts of speculation as to what, or who, was behind the gigantic outage affecting millions of users (not to mention Zuckerberg’s employees themselves).

Shortly after the website’s and apps’ return the company issued an official statement on the matter. In a nutshell: “Our bad, everyone.”

“Our engineering teams have learned that configuration changes on the backbone routers that coordinate network traffic between our data centers caused issues that interrupted this communication. This disruption to network traffic had a cascading effect on the way our data centers communicate, bringing our services to a halt,” a post attributed to Facebook Infrastructure VP Santosh Janardhan explained. Janardhan also made sure to note they had “no evidence that user data was compromised as a result of this downtime.”

In other words, it turns out relying on a single pathway for all of your massively popular, heavily relied upon digital services is a really bad idea.

More bruises for Facebook — The debacle came a day after a former Facebook employee and whistleblower, Frances Haugen, testified in front of Congress about how deleterious many of Facebook’s policies are for societal wellbeing. While much of the information wasn’t new, per se, it did highlight exactly how Zuckerberg and his company have created systems that thrive on the dangerous spreading of misinformation and hate speech.

The reminder comes as Zuckerberg faces increasing scrutiny and criticism regarding his corporation’s potential antitrust violations and discussions about whether it has too much power. A massive outage that affected every part of the sprawling enterprise isn’t exactly a great advertisement for its claims that consolation is good for consumers.