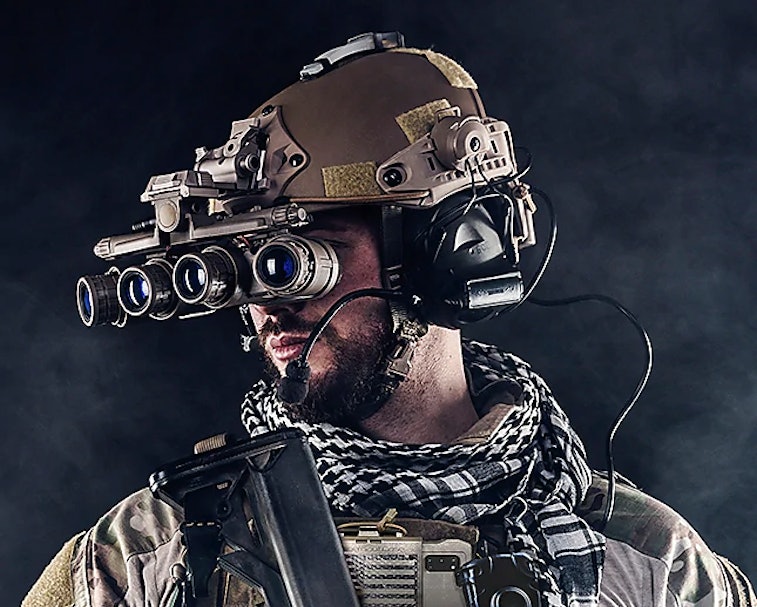 Samsung is releasing a new Tactical Edition of its flagship Galaxy S20 smartphone, with the promise that this version is ready for use in military missions. This isn’t a phone you can just grab off the shelves; the Tactical Edition will only be available to the U.S. military and federal government. It will be limited to a run of just 55,000 units.

The Galaxy S20 Tactical Edition is custom-built to be used in the field by military operatives, complete with an extremely rugged body, support for custom military peripherals, and a special touch screen that can be used with gloves on. The hardware is even more ludicrously decked-out than the S20 Ultra.

Samsung’s definitely going for a certain macho, defeat-your-enemies-with-brute-force vibe with this one. It’s pretty much the antithesis of any modern smartphone, most of which aim for sleek curves, slim bezels, and a luxury aesthetic that make you want to leave it them a table for all to see. If you spot an S20 Tactical Edition on a bar counter, you're probably in the wrong bar.

This isn’t the first time Samsung has built a military-grade smartphone: the company made the S9 Tactical Edition last year to meet similar needs. Good luck getting your hands (or even your eyes) on one of these monsters, though — their sale is highly controlled by the U.S. government, and you need to apply for one.

Maxed-out security — Unsurprisingly, the S20 Tactical Edition focuses on keeping every byte of data in an ultra-secure environment. Samsung doesn’t want the government to worry there's any liability in using the device for actual military missions.

All data on the phone is protected by Samsung’s DualDar, a two-layer approach to encryption that severely reduces the possibility of data on it being compromised. Each layer of security is stored independently on the device, and each works together when the device is turned on. There’s no way you’re breaking into this thing if it's not yours.

A better camera, maybe — The Galaxy S20 line pushed Samsung’s camera-making skills to their limits. The S20 Ultra has a 108-megapixel camera and a 100x digital zoom — basically unheard of in a smartphone. But at release the boastful camera had some serious autofocus problems, even when it wasn’t being used for long-distance photography.

The Tactical Edition doesn’t take advantage of the S20 Ultra’s uber-camera; instead, Samsung opted for a “pro-grade” 64-megapixel camera capable of capturing images in low-light situations. It also has a “night vision mode,” which sounds very impressive.

It’s above our pay grade to decide whether or not Samsung has any actual military expertise up its sleeve, but it’s definitely strange to see a tech company giving tactical advice. Either way, this phone looks like a beast. It’ll be available some time in Q3 of this year through “select IT channel partners.” And no, you can't get it in pink.