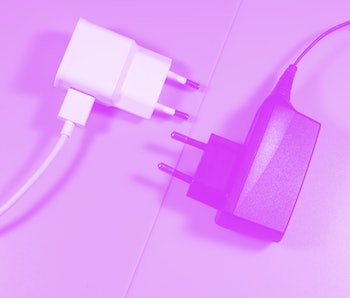 Conforming to a single standard can be boring but in the case of the environment, a certain kind of uniformity would radically reduce the amount of waste we produce as humans. At least that's what the European Union has said in its argument for universal chargers.

The European Commission plans to present and eventually implement legislation on the matter by the summer of 2020, which could decrease electronic waste accumulated as a result of different chargers.

Resolution RC9-0070/2020 — For over a decade, members of the European Parliament have been emphasizing the need for a common standard for chargers. It's not just smartphones; members of the European body insist that this universal charger be applicable for tablets, e-books, smart cameras, wearable gadgets, and a lot more. So far, that demand has been met with tepid interest from industry players, including Apple which has yet to budge from its Lightning cable. But that hasn't discouraged the Union from pushing its resolution.

Expensive trash — Because many of these electronics operate with similar batteries, the European Union believes that instead of repeatedly buying, accumulating, and hauling slightly different chargers, a common standard would not only alleviate environmental waste, it would be financially more affordable for the average consumer.

What industry players think — More often than not, unfortunately, market giants prioritize revenue over environmental health. So, it's not shocking that industry behemoth Apple has opposed the resolution. Last week, Apple officially stated that "regulation that forces conformity across the type of connector built into all smartphones stifles innovation rather than encouraging it, and would harm consumers in Europe and the economy as a whole." It's a deeply ironic and contradictory statement when you consider Apple CEO Tim Cook's public vows to improve environmental sustainability.