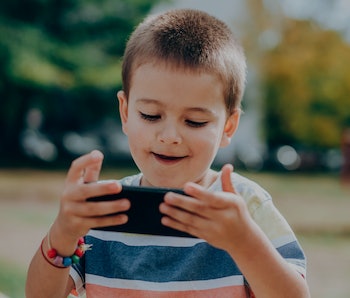 Just when you think you've seen everything: an eight-year-old has discovered a way to watch YouTube past Apple's Screen Time limits by using the iMessage App Store. Redditor Jsmith4523 noticed that his sister was still watching YouTube, despite having used her allotted daily time on the app. It turns out she’d developed a pretty simple trick to keep browsing videos: just access YouTube through the iMessage App Store.

Kids do the darndest things, especially when in pursuit of extra time on the internet. As one commenter on the Reddit thread notes, the only real way to limit your kid’s screen time is to lock the phone away somewhere safe. Even then they’ll probably figure out a way to sneak the phone out unseen.

Not the first kid-located workaround — Parents have been trying to keep their kids off the internet for as long as the internet has been in our houses. And kids have been finding ways around those locks for just as long.

Apple’s parental controls aren’t perfect. When the company released Communications Limits at the end of last year, parents were finally able to block contact with unknown numbers. Kids quickly found a workaround to that one: just add the number to the iPhone’s contacts and chat away. You could even just ask Siri on a connected Apple Watch to dial an unknown number and she’d take care of it for you.

Bugs or just creative kids? — The line between a software bug and an imaginative child taking initiative is blurry, to say the least. Apple’s Screen Time feature does a pretty good job of blocking content in almost every situation.

But iOS 13 has been Apple’s buggiest release in a long time. Apple has said in the past it’s overhauled the way it develops and tests its software for the upcoming iOS 14 release — hopefully the COVID-19 pandemic hasn’t ruined those plans.

Maybe the best move for Apple would be to hire kids to test out upcoming iOS releases. After all, they’re probably best suited for the job, given how good they are at pushing the limits of parental controls.