Drivers with older Teslas need to pay $1,500 for self-driving hardware 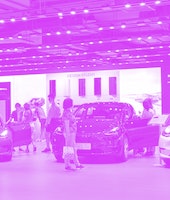 After years of misplaced hype and broken promises, Tesla is finally rolling out its “Full Self-Driving” package for $199 per month (or a one-time fee of $10,000). As if that price weren’t hefty enough, there’s an extra one for those looking to use self-driving with their older Teslas. They’ll need to pay an extra $1,500 fee to upgrade their older hardware to work with the Full Self-Driving system.

Beyond simply being expensive, the $1,500 fee is also unexpected. As Electrek points out, Tesla previously told owners of these older-model Teslas that their vehicles were already equipped for full self-driving service. Now the company says it’s impossible for those customers to take advantage of its full suite of self-driving features. A suite which, by the way, still doesn’t actually include fully autonomous driving.

Given Tesla’s track record of up-charging customers for its own silly mistakes, that $1,500 fee doesn’t exactly shock us. Tesla owners should once again take note, though — this isn’t a company willing to stick to its promises. If you’re worried Tesla might try to charge you a similar fee for its own mistakes in the future… well, it very well may.

Thanks for nothing — Tesla has long told its loyal fanbase that, when the time came for full self-driving to be unleashed upon the world, it would merely be software that consumers had to pay extra for. The company went as far as to state in an official 2016 blog post that, “as of today, all Tesla vehicles produced in our factory — including Model 3 — will have the hardware needed for full self-driving capability at a safety level substantially greater than that of a human driver.”

Turns out Tesla was wrong on all counts. The older computer systems (called Hardware 2.0 and Hardware 2.5) couldn’t live up to the company’s expectations, so Hardware 3.0 (also known as the FSD Computer) is now required for the Full-Self Driving subscription. For customers who purchased their Teslas between 2016 and 2019, there’s no way to try out the new subscription without paying $1,500 upfront.

And still no actual self-driving — Tesla began teasing its vehicles’ full self-driving capabilities in 2016, claiming it would demonstrate fully autonomous driving by the end of the following year. It’s now July 2021 and that still has not come to fruition.

The Full Self-Driving package adds some new driver-assist features like Auto Lane Change, Autopark, Summon, and Traffic Light and Stop Sign Control. The company claims people who subscribe to the Full Self-Driving update will, eventually, be given access to fully autonomous driving. Eventually. That could be next year — it could be never.

It’s obvious Tesla made a mistake when it told all these customers that their vehicles would come equipped with the proper hardware for full self-driving. There’s no good reason customers should have to front the pricey cost of that mistake. Especially when actual self-driving is still just as much a fantasy as it always has been.