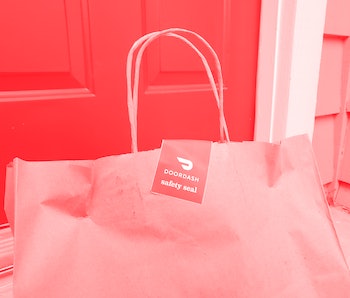 For many of us, ordering takeout for dinner just demands a pairing with alcohol. That’s why delivery services including Uber Eats and Postmates will let you order some beers from your favorite restaurant to go along with the pizza. Now, America’s largest food delivery service is finally joining the fray as DoorDash has launched alcohol delivery and pickup.

The feature is being made available for over 100 million people across 20 states, according to the company, as well as Canada and Australia.

No underage loophole — Adding alcohol delivery isn’t as simple as adding an extra field to a restaurant’s menu. For a long time, businesses were reticent to offer alcohol through delivery apps out of fear that the delivery driver wouldn’t check a customer’s identification, putting the business at risk of losing its liquor license. The pandemic really changed things, however, as restaurants became reliant on delivery. Alcohol provides some of their biggest profit margins, so not offering it would leave a hit they could little afford.

As with other services, DoorDash says customers will have to go through a “rigorous” ID authentication process in the app to verify their age, and couriers will also need to verify the ID at the time of delivery.

Over 30,000 wines, beers, and other liquors will be offered from stores and restaurants across the U.S., which can be ordered on its own or bundled with food.

Everything app — DoorDash has been expanding beyond food delivery into other categories including, namely, groceries, where it hopes to take a slice of share from competitors including Instacart and Uber’s Cornershop. The former was reportedly in acquisition talks with DoorDash before the company decided it would be cheaper to just create a grocery offering itself.

DoorDash saw record sales for the three-month period ending on June 30, 2021 — and generally killed it in the past year — but predicted a slowdown in sales as restrictions lift in parts of the world. It also lost $102 million, a swing from a small profit in the first part of the year. It attributed that to heightened investment in areas like alcohol and grocery. It also expects slower growth in the near future due to complex regulations — some cities have imposed caps on delivery fees — and rising competition.

There’s some belief that delivery and ride-hailing may generally be more expensive than pre-pandemic pricing going forward as delivery workers demand better wages for their labor, which wouldn’t be a bad thing. If you can’t afford the fees, just walk to the restaurant.