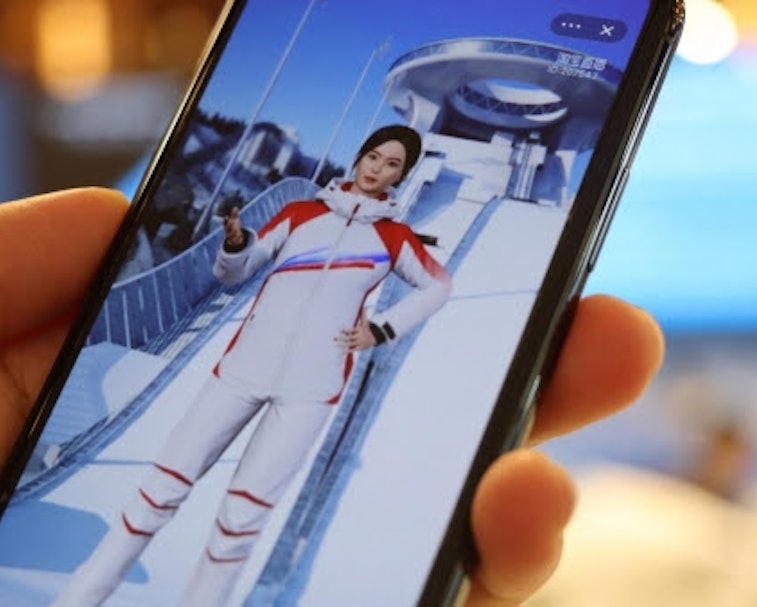 For the project, Alibaba built a tailored cloud-based AI model employing text-to-speech tech, “multimodal algorithms” alongside “Natural Language Processing (NLP), Emotional Speech Synthesis and computer vision on the cloud.” While it looks like Dong Dong is restricted to Olympic attendees in China, you can still watch a quick video showcasing some of their accomplishments below.

Oh yes, the metaverse gets mentioned — Lest you think this is where Alibaba and the IOC plan to end their “virtual assistant” aspirations, allow us to remind you of one very fashionable pseudo-word: the metaverse.

“In the future, we will push technology boundaries even further to create an enthralling mixed reality,” Xiaolong Li, Leader of Alibaba Virtual Human & Intelligent Customer Service, explained in a press release. “Digital personas or virtual influencers will find new ways to engage with their audience through immersive experiences or a metaverse-style setting, whether during large-scale, global sports events like the Olympic Games, virtual conferences or 3D exhibition tours.”

Get ready to see more of these — While Dong Dong (seriously, stop giggling) is restricted to the Beijing Winter Olympics, people would do well to begin preparing to see many, many more of these Cortana-like creations in the real world. It remains to be seen whether or not consumers will take kindly to putting a digitized body to programs like Siri, but it’s a near certainty that companies like Apple will at least try them out at some point soon.