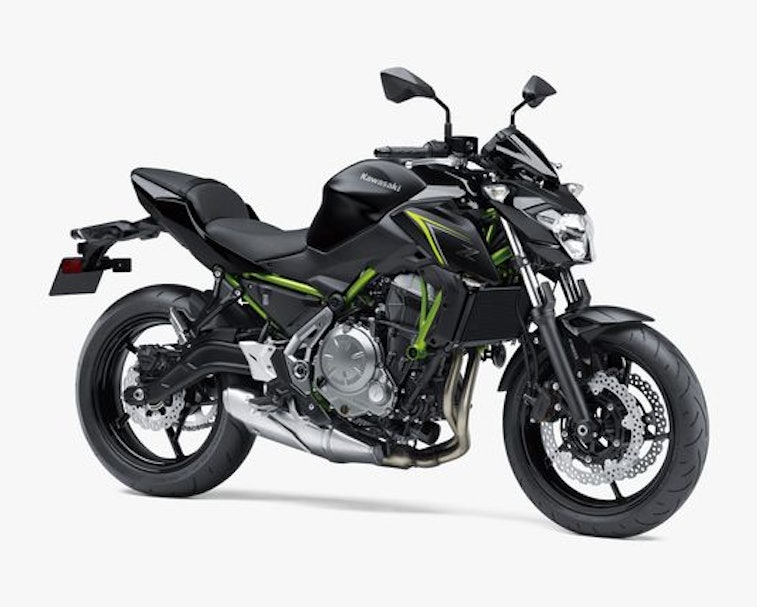 Toyota popularized the hybrid car with the introduction of the Prius, thanks to its great mileage courtesy of a combination gas-and-electric power system. But the technology has never really made its way to motorcycles, maybe because it's expensive and takes up extra space to have two motors. There are reasons why a hybrid bike might be better than the all-electric variants we're starting to see, however, and Kawasaki has confirmed that it's developing one.

The company released a teaser video last month that doesn't reveal much about the bike, but it did recently file a patent application for a four-way drive system that would offer pure-gas, pure-electric, hybrid, and battery regeneration modes.

Efficient and fun – Electric motors feel faster from zero because they provide maximum torque (what drives the vehicle forward) immediately, meaning there's immediate, smooth acceleration. But the pace that EVs add speed thereafter slows tremendously because of wind resistance, whereas gas cars add increasingly more power as they speed up. Electric wins at 0-60 mph, but at higher speeds, the difference between it and combustion vehicles narrows.

Because of this, electric might make more sense as an assist, giving a boost at takeoff and then another as the gas engine begins to reach its maximum speed. In fact, Kawasaki's patent suggests the bike will have a boost button that can drain the battery for a short acceleration boost, which is pretty cool and should give the bike a more agile feel.

Gas still goes further — Gasoline engines can also just go further than electric and refuel faster, so they make more sense for long trips, while electric is good in cities, where speeding up and slowing down actually benefits the battery by using technology like regenerative braking.

Kawasaki's foray into hybrid bikes wouldn't be the first, but it's not a crowded market. The only other notable hybrid two-wheeler is the 2019 Honda PXC Hybrid scooter, which uses a 48V battery to provide an electric boost. The battery is supposed to boost torque by 36 percent and horsepower by about 15 percent. But that scooter is only available in Japan as a limited test run.

There's no information on pricing or availability of this Kawasaki hybrid bike, so we'll have to keep watching. While it's a novel idea, we can't help wondering whether it's a good one. The future is obviously electric, not only because of how well it's suited to urban environments but because of global moves to cut emissions. We're on track to a zero-emission future, which suggests hybrids are doomed to go the same way as pure combustion vehicles, even if it might take them longer to die out.