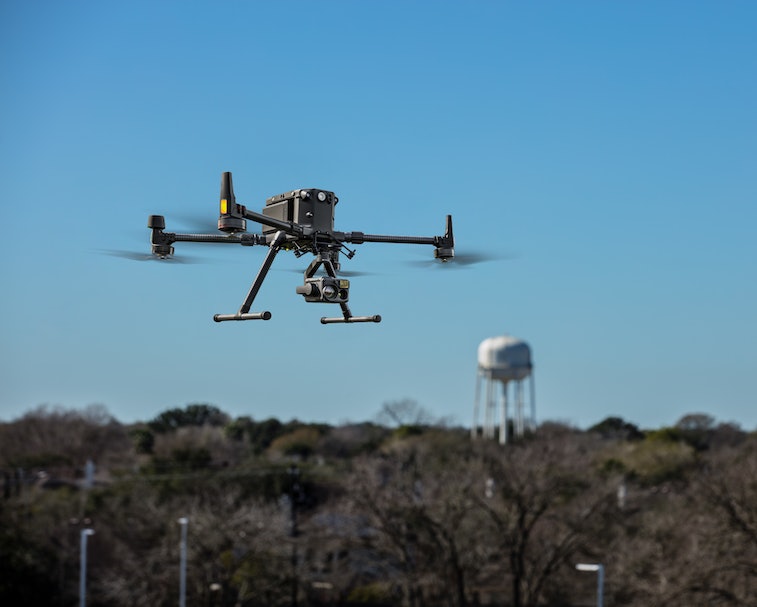 DJI has taken the wraps off its latest industrial-strength drone, the Matrice 300. This chonky boy can do laps around your standard consumer drone with features like 55 minutes of flight time, six object detection sensors, and a 9 mile video transmission range. DJI's next best drone, the Inspire 2, has only two object detection sensors and 27 minutes of flight time. The Matrice 300 is quite a bit larger, but it's not meant for use by your average joe.

Not for your average joe — The Matrice 300 is targeted at industries and public service operations where data is in increasing demand. The drone can do some pretty impressive things, such as routine aerial surveys where with one button press you can instruct the drone to return to specific areas and photograph objects from the same location and angle.

The drone comes in two variants, with the H20 featuring a 20MP camera with 23x optical zoom and a laser range finder that can tell you how far away objects are. The H20T has a radiometric thermal camera for capturing heat maps. Or detecting human bodies — useful for when the drones become sentient and decide they no longer need us.

Smarts are what make DJI stand out — The Matrice 300 also has a dual-operator mode that allows two people to control the same drone. You can switch operators on the fly, handing off to someone closer when the drone is almost out of range. With the six onboard detection sensors, the Matrice 300 will know when it's getting too close to objects so it can safely move out of the way. DJI has sort of differentiated itself by focusing a lot on making its drones intelligent, and the Matrice 300 certainly moves that forward.

We've increasingly seen drones used in combat and for other nefarious uses. It's created a bit of a cat-and-mouse games with a whole industry growing out of creating products to chase down rogue drones and bring them to justice. Not that the Matrice 300 will be used for anything bad but some of the fiery shots in the video below evoke some pretty dystopian vibes.

Pricing has not yet been announced but DJI says the new drone will go on sale in the second half of 2020.