“People’s private messages would be less secure and the real winners would be anyone seeking to take advantage of that weakened security. That is not something we are prepared to do.” 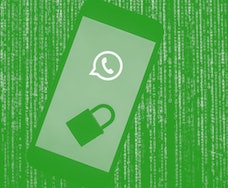 Back in October, U.S. Attorney General William Barr wrote a letter asking Facebook to halt its plans to bring end-to-end encryption to all its messaging apps. The letter said that the company would not proceed "without ensuring there will be no reduction in the safety of Facebook users and others, and without providing law enforcement court-authorized access to the content of communications to protect the public, particularly child users." Although Facebook already encrypts conversations on WhatsApp, it plans to expand the feature to others like Messenger, as part of Zuckerberg's newfound "privacy-focused" vision for the company.

Facebook is moving forward — In response to Barr's letter from earlier this year, which was co-signed by the Australian and U.K. governments, Facebook said on Monday it won't weaken encryption on its messaging apps — and that includes not giving any of them special access to read people's messages.

"It is simply impossible to create such a backdoor for one purpose and not expect others to try and open it," wrote Will Cathcart and Stan Chudnovsky, the heads of WhatsApp and Messenger, respectively. "People’s private messages would be less secure and the real winners would be anyone seeking to take advantage of that weakened security. That is not something we are prepared to do."

This won't end here — Facebook should be prepared to continue this battle with Barr and other governments around the world. "The use of end-to-end encryptions, and other highly sophisticated encryption technologies," the U.S. AG said in his letter to Facebook, "significantly hinders, or entirely prevents serious criminal and national security investigations."

It's clear the ultimate goal for him and Republicans is to make Facebook offer a backdoor that bypasses its encryption systems, using crimes as the excuse to get that. Just this week, Senator Lindsey Graham described WhatsApp as a tool "that terrorists use," which is the kind of rhetoric Facebook will be up against as it moves on with its plan to roll out more end-to-end encryption across its family of apps.