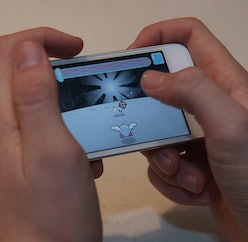 Apple is being sued by the maker of Cydia, a once-popular app store for iOS that's accessible only once a device has been jailbroken. Jay Freeman, the creator of the store, called Apple's control over software distribution on iOS anticompetitive, as users cannot download apps outside of its own App Store, where the company calls all the shots.

The lawsuit comes at an opportune time as Apple and other tech companies are being attacked over the immense power they wield to maintain their own dominance and crush competitors.

Dogpile — Among other cases, Apple is locked in a battle with Fortnite creator Epic Games over the developer's attempts to bypass the 30 percent commission Apple charges. And the developer of the BlueMail email app is suing the company for cloning its email client and shortly thereafter blocking BlueMail from the App Store. Spotify spurred an investigation by European regulators after it complained that Apple's streaming music service has an unfair advantage over the competition.

None of those instances have seen a plaintiff go so far as to push Apple to allow alternative app stores, though Epic and Spotify formed a coalition suggesting it do so.

Apple has always said that it restricts app downloads to only those vetted by the company because doing so protects users from malicious apps that might invade their privacy and steal information. That argument is starting to fall on deaf ears, however, as apps still find ways to sneakily track users. And sandboxing in iOS means that all apps are restricted from accessing system resources unless they're granted user permission. Surely it's possible to give users more freedom to choose where they find apps without crippling their devices — and anyway, many people would probably continue using the App Store because of Apple's commitment to privacy.

Antitrust law — Freeman may have a good antitrust case on his hands. Current law prohibits a company from acting in a way that makes it difficult for competition to enter a market, or that inflates the cost of goods and services. Many notable developers like Tinder charge their users higher fees for purchases made through iOS versus on the web in order to make up for Apple's commission. The company recently lowered App Store commissions to 15 percent for businesses making under one million dollars per year.

Another point in Cydia's favor is that many features built into iOS today were first available to install through Cydia. Its unique offerings led to peak annual revenue of $10 million (Cydia also charges some fees) before Apple made it harder to jailbreak devices. Had Cydia been granted equal access as the App Store, there's no telling what other useful apps and features users might have access to today.

Utopian dream — If Freeman prevails, alternative app stores could be installed on iOS devices without the need to jailbreak, and Apple would finally be forced to compete, such as by enticing developers with lower fees. Consumers for their part would get access to apps that have heretofore been blocked by Apple, like cloud gaming services Google Stadia and Microsoft xCloud.

As much as Apple might argue that its intentions are noble, as a for-profit company it also has investors' unrelenting thirst for growth that it must satisfy. The company is incentivized to keep its lock on the App Store because it's increasingly relying on that revenue stream as iPhone sales growth slows. Revenue from services, including the App Store, reached a record $14.5 billion in the most recent quarter. Apple uses the App Store to heavily promote its own subscription products like Apple Arcade, another reason developers say Apple is creating unfair competition.