Cryptocurrency bug doles out millions to users, founder pleads for the funds back 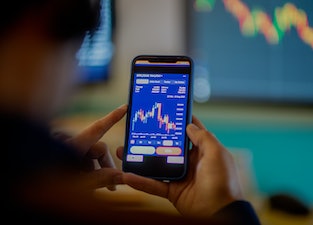 Certain lucky users of the popular deregulated finance (DeFi) staking system, Compound, suddenly found themselves multimillionaires earlier this week after a supposedly routine back-end upgrade accidentally distributed roughly $90.3 million to various crypto wallets. Given the irreversable nature of the beast, there’s not a whole lot Compound’s top brass can do about it, either.

First announced in a tweet from Compound’s official account on Wednesday evening, the glitch was soon confirmed by the company’s founder, Robert Leshner, who went on to implore recipients of the massive pay-outs to return at least some of their unexpected windfalls. Unfortunately, he didn’t go about it in the most calculated way. “Keep 10% as a white-hat. Otherwise, it’s being reported as income to the IRS, and most of you are doxxed,” he wrote before getting ratio’ed into the sun.

“I'm trying to do anything I can to help the community get some of its COMP back, and this was a bone-headed tweet / approach,” Leshner tweeted last night. “That's on me. Luckily, the community is much bigger, and smarter, than just me. I appreciate your ridicule and support.”

It’s up to everyone’s goodwill now — As CNBC reports, given the whole ethos and foundation of cryptocurrency platforms like Compound, there’s really no easy or quick fix for its overseers. They can’t reverse the transactions or otherwise reclaim the funds. Users who received the funds can return the amounts, and there’s some precedent to assume that this is what will happen in the days ahead, but there’s no way to force them to.

“Alchemix [another DeFi protocol] had a similar incident a few months back where they gave out more rewards than intended,” Mudit Gupta, a blockchain security researcher, told CNBC before adding, “Almost everyone who got the extra rewards refunded the extra.”

No one was hurt (except Compound) — It’s also important to note here that these accidental funds came directly from Compound itself, and not its users' wallets, so the pain is really only going to be felt by the DeFi protocol itself. What’s most at stake (no pun intended) is consumers’ faith in the system itself, as well as Compound’s reputation going forward. It’s hard to woo new converts to crypto markets — much less your own service within that ecosystem — if there’s a decent chance for major glitches to impact people like this. Then again, millionaires are made and broken every day within the standard Wall Street financial world, so maybe it’s just a case of “pick your poison,” we suppose.