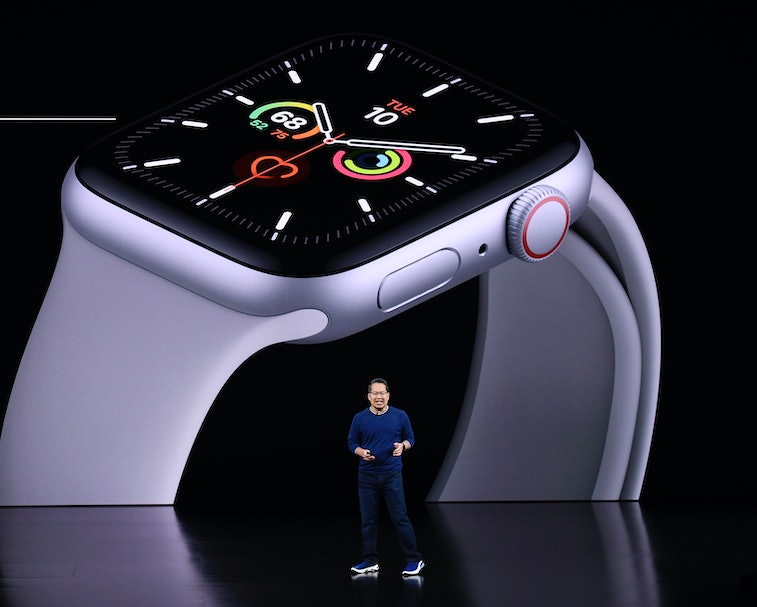 Apple is expected to focus on enhancements to Apple Watch's health capabilities in this year's update, expected in September, waiting until 2021 to introduce any major changes to the design of the hardware. That's according to a slew of leaks corroborating the idea that Watch Series 6 will see only iterative hardware updates, but a renewed focus from Apple on cementing the Watch's position as a comprehensive wellness product, not just the world's best-selling, wrist-worn timepiece. Come the Series 7, though, rumors suggest Apple could drop one of the defining pieces of its physical interface: the crown.

Sleep tracking — The most notable feature expected to launch with Watch Series 6 is sleep tracking, which Bloomberg reports will be exclusive to the new Watch, suggesting changes in the hardware will be necessary to offer the feature. Battery life is the most likely culprit here, and 9to5Mac recently reported that Apple has developed a feature reminding users to charge their Watch before bed so they can get through the night.

Apple's interest in adding sleep tracking to its offerings isn't new. The company acquired Beddit, which makes pads that go on top of a mattress and automatically track sleep. That product is pretty niche, however, and costs $149. What the estimated 55 million active Watch users want is Fitbit-grade sleep-tracking from the device they already own, especially as ever more studies show how important to overall health sleep is.

Apple regularly promotes the Watch as a preventative health tool capable of detecting potential problems before they become fatal, something it says could lead to big savings in healthcare costs, and the reason several healthcare providers already offer their patients subsidized Apple Watches under certain conditions. Some research has shown that the Apple Watch isn't consistently reliable about alerting users to irregular heartbeats, however, failing to notify users in 30 to 60 percent of cases.

Kid-friendly health monitoring — Several news outlets and YouTube channels have reported that Apple is also considering a child-friendly version of the Watch. Both 9to5Mac and YouTube account EverythingApplePro have reported that Apple plans to bring several features to watchOS 7 targeted at children. One new feature, called "SchoolTime," would allow parents to manage which apps and complications can be used during typical school hours. Apple will also make a simplified version of the Health app with a statistic called, "Move Time," which takes into account exercise time and calories burned in order to give children one easy metric to understand their physical activity. A new Apple Watch made of plastic, which Apple has filed a patent for, could help drive the price down.

The next big design change — While most rumors corroborate the idea that Watch Series 6 will be an iterative update, there's also been talk of Apple making big changes with the next iteration, Series 7. It's been reported by several outlets that Apple is considering bringing Touch ID to the Apple Watch so that users can unlock their Watch and authenticate purchases without an iPhone nearby. In one mock-up published by EverythingApplePro, the new Series 7 even sees Apple drop the iconic Digital Crown in favor of a touch-sensitive strip that accepts fingerprint scans and can also be swiped for navigation. With the Series 7 likely still a full generation out, though, we're not going to hold our breath on that one.