Netflix gained a ton of new subscribers thanks to coronavirus lockdowns 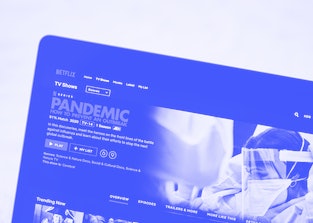 The total new subscribers Netflix added in the beginning of 2020.

Everyone sort of expected this to happen because guidelines around social distancing mean people around the world are stuck indoors looking for things to do. Netflix also managed to drop a new hit miniseries, Tiger King, just as the lockdowns were escalating. The show has been viewed by over 64 million people, according to Netflix. That combination put the company in the perfect position to sweep.

New content may be temporarily limited — On the negative side, Netflix did say that some new releases will be delayed because production has ceased and it has been unable to produce new dubbing for international releases. Fortunately Netflix still has some content that will be going live this quarter, including new shows Space Force and Hollywood.

The company expects that new subscribers will drop back down to 7 million next quarter should countries begin to re-open.

Coronavirus raises all streaming boats — Recent data from research firm Conviva found that video streaming rose 20 percent in March amid the pandemic, and 26 percent in the U.S. specifically. Other streaming services have also been doing well, like Disney+ which reported earlier this month that it has reached 50 million subscribers since launching in November. Mobile-only Quibi recently announced that it has surpassed 1.7 million downloads since launching on April 6th.

Disney, like Netflix, has also paused production of new shows and movies, which may hurt it because, classic films aside, Disney+ had a fairly light roadmap of fresh content in the pipeline. People want to go back to their old favorites only so many times before they get stale, whereas everything from Netflix is fairly new comparatively speaking. Disney is also hurting because it generates a significant sum of its revenue from parks and theatrical releases, both are which are, of course, canceled. Its stock has taken a beating over the past 6 months while Netflix's has increased sharply.