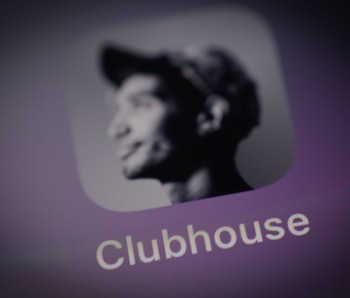 Clubhouse has added an interesting new feature to its social audio app that will encourage more spontaneous conversations with friends. Called Wave, the new feature lets users, well, wave at their friends, who are then invited to join a private chatroom. Users can “wave” at anyone who follows them, and if the person accepts, they’re thrown into a room together.

The feature is reminiscent of the now-defunct Houseparty, a video chatting app that allowed users to create rooms with up to eight friends in each, and where users could jump between rooms. The idea was to replicate the idea of a real-life house party where people come and go as they wish.

Wave is available starting today on both iOS and Android.

No pressure — Clubhouse is known as a place that hosts public discussions around a whole host of topics. But you don’t always want a conversation to be open to anyone, or have that pressure that comes from speaking to a large audience, or simply a room of strangers. Wave offers a way to start a spontaneous call and invite your friends to join in without any planning or expectations as to what the conversation will be about.

It’s an interesting idea that could expand the use of Clubhouse beyond the choreographed, fireside-style discussions that the app is best known for. When you’re bored at home and want someone to talk to, you could just wave at a bunch of friends and spontaneously start up a rowdy call with people you’re close with. It’s also a bit less socially awkward than a regular call where a friend might decline; there’s less of a negative connotation if someone simply doesn’t accept an invite versus explicitly declining a call.

Wave lets users start conversations in private rooms by default, but they can be opened up as public rooms afterwards.

Pandemic boom — Clubhouse boomed during the pandemic as people sought to stay connected, but its staying power has been thrown into doubt as parts of the world drop COVID-19 health measures. Competitors including Twitter are also circling with their own social audio features, ones that take advantage of people’s existing networks on those platforms.

A private-by-default feature like Wave could make Clubhouse more conducive to intimate conversations, and therefore encourage people to use it more frequently than just when they want to host a public discussion and all that entails.