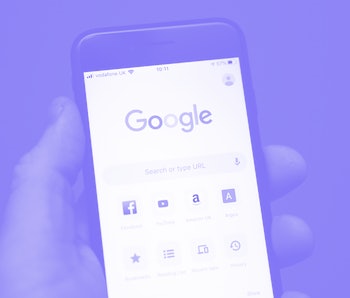 If we told you back in 2018 that someday you'd be able to tap a link on your iPhone and open Google Chrome, you'd probably call BS. But it's here, folks. The latest version of the iOS 14 beta provides a new option in settings that lets you change your default web browser to Google Chrome, Microsoft Edge, or Mozilla Firefox.

If you don't have the iOS 14 beta yet and want to install it, you can do so by visiting Apple's website. You don't need to be a developer but you should be forewarned that you might experience some bugs.

With iOS 14 installed, you'll want to go to the Settings app, scroll down to your browser's app-specific settings, and tap the new option called "Default Browser App." After changing the setting, any link you click across the OS will open your default browser. Incredible, we know. Any browser can be set as the default but it needs to be updated for iOS 14 first — Google has already done that with Chrome.

Apple also intends to allow users of iOS 14 to change their default email client but it doesn't seem any clients are yet supporting it.

A small gesture — Changing the default browser is mostly useful for people who prefer third-party options for very specific reasons. Chrome users may like syncing their desktop bookmarks or search history for access on the go, for instance. Or maybe you just prefer the user interface of Firefox.

Apple isn't relinquishing a whole lot of control here. Actual speed and performance between iOS browsers is mostly the same because the company requires all browsers to use the same WebKit rendering engine. It continues to wield a tight grip over the App Store and make decisions viewed as anti-consumer and harmful to innovation.

Monopoly power — More recently Apple told Microsoft that its xCloud game streaming service can come to iOS, but it would have to publish each game as a separate title in the App Store so they can be reviewed for compliance with store guidelines. The company is also demanding that subscriptions are offered in-app so it can take its 30 percent commission, even though it doesn't require streamers Netflix or Spotify to do the same.

Regulators are considering whether or not this type of monopoly power — users cannot download apps outside the App Store — is harmful to an open marketplace for ideas as the consequence is that prices rise and new businesses that conflict with Apple policies have a difficult time succeeding.

Apple thinks this is necessary in the interest of safety, but others increasingly think that's obfuscating some self-interest considering the company relies on App Store revenue.

Coincidentally enough, Microsoft was famously sued by the Department of Justice for making it difficult to install new browsers on Windows. It eventually settled and loosened its grip, but by then had killed Netscape and cemented Internet Explorer for years to come.