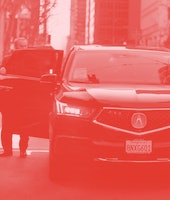 How many lawsuits a California firm says it may ultimately file.

The firm, Levin Simes Abrams, recently filed 85 lawsuits against Uber, with 321 cases pending, and more than 20 against Lyft, with 521 cases pending. Some of the cases involve women being assaulted by drivers while they were asleep. Others claim that drivers have ended rides in the app early so they can’t be tracked when they take passengers “to a deserted place.”

Sexual assaults by drivers on their passengers were a thing that existed before the advent of ridesharing. But just about anyone can become a driver for Uber and Lyft, and the companies have been criticized in the past for pushing back against the type of rigorous background checks that could weed out drivers with troubling records, checks they say are excessive and would make it harder to bring in new drivers. It’s the same reason they’ve fought so hard against classifying drivers as employees — they don’t want to be responsible for their workforce.

Safety protocols — As a consequence, Uber and Lyft’s reputations have soured over the years as frequent reports have highlighted the risk women and others face when they get inside an Uber or Lyft.

Both companies have implemented technologically-based safety features to combat assaults, however, like an emergency button that riders can press to silently alert 911. Riders can also send a live GPS location to a friend or family member that tracks their ride. Uber and Lyft in March began sharing data on drivers who have been banned from their platforms.

Cameras — Even still, the law firm says that ridesharing companies could go further and that 99 percent of assaults “would be prevented if there was a camera” in the vehicle. In 2019, Uber released its first safety report, which said that there had been 3,045 sexual assault reports on its U.S. service out of 2.3 billion trips taken between 2017 and 2018.

Normally many individual cases might be bundled into a class-action lawsuit, but Levin Simes Abrams says the 85 cases it’s brought against Uber thus far won’t because the details and severity of each case vary.