Brazil slaps Facebook with a fine for Cambridge Analytica 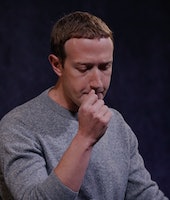 How much Brazil wants from Facebook for mishandling user data.

Facebook continues to deal with the consequences of its involvement in the Cambridge Analytica scandal. The Brazilian government has fined the company and its local unit $1.6 million for the illegal sharing of user data. As Facebook tries to move past this scandal and fines keep rolling in, it seems it hasn’t learned its lesson.

The latest fine — Brazil’s investigation found that approximately 443,000 users were put at risk. The government claims the vulnerability of the data was “at least questionable” and that Facebook didn’t adequately warn its users about the platform’s limited privacy protocols. The company has 10 days to repeal the decision or the fine must be paid within 30 days.

“There is no evidence data from users in Brazil were transferred to Cambridge Analytica,” said a Facebook spokesperson in Brazil to Bloomberg. “We are currently evaluating our legal options in this case.”

More of the same — If the FTC’s record-breaking $5 billion fine to Facebook felt like a drop in the bucket for a company worth a little under $600 billion, this fine from Brazil is barely the gentle slap of a glove. Facebook seems intent on operating as it usually does, monitoring your location when you told it not to and not lifting a finger to adhere to new data privacy laws.