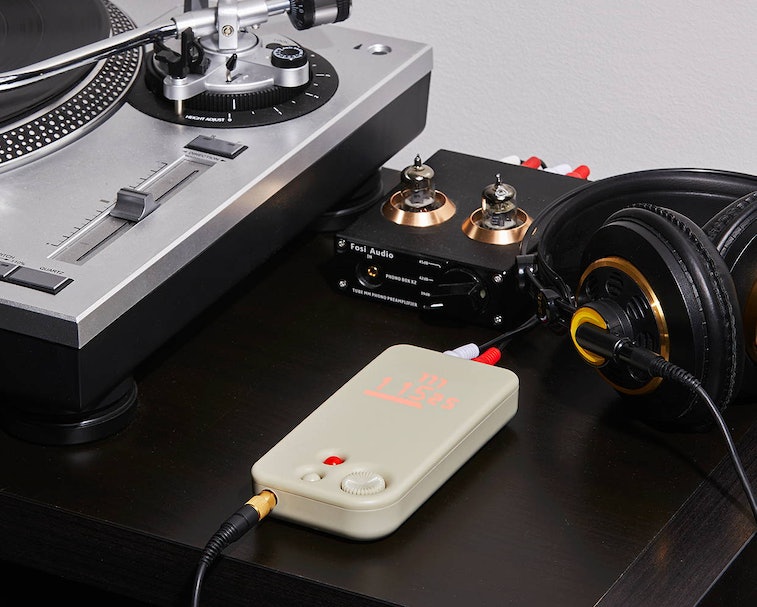 A new startup called Blast Radio today launched what it calls the first “audio-only high-quality streaming platform” aimed at creators. Using an accompanying device called the “Blast Box,” musicians, DJs, podcasters and the like can stream from professional audio equipment straight to the app, where fans can listen live and contribute tips.

According to the company, Blast is meant to foster a deeper relationship between artists and their fans by allowing them to stream audio quickly and often, workshopping new ideas in front of fans or explaining songs beat by beat. Every stream disappears after 24 hours, meaning that there’s the freedom to experiment and be vulnerable.

Blast isn’t just for musicians — more than 150 artists have signed up to use the platform for everything from spontaneous radio shows to album release previews. But musicians are probably the best market for Blast — CEO Yousef Ali said in an interview with Input that the Blast Box was created to provide a studio-quality audio experience. “Artists put their heart and soul into their work. Blast Box lets them present that work the way it’s meant to be experienced, with crisp, clean audio quality”

Ephemeral audio streaming apps are nothing new. There is Clubhouse, after all. The big innovation with Blast really is the hardware device, which makes it easy to stream high-quality audio. Priced at $199, the Blast Box is wireless and connects with the Blast Radio app over Wi-Fi, meaning you don’t even need a phone at all. Artists just plug the device into their equipment — be it a turntable or cassette player — using an RCA cable and then can begin broadcasting high-quality, lossless audio with one press of a button.

Ephemeral sharing — The ease of use of the hardware and Blast’s nature as an ephemeral app are supposed to help artists by reducing the barrier to share content with fans. “The process of releasing audio content that actually sounds good is not easy,” said Ali. “We’ve added it up and there’s something like 15 steps between deciding you want to release something and actually having someone hear it. We removed all those barriers.” And if they’re sharing more, artists could potentially reap the benefits of receiving a new source of income in the form of tips.

“The artists we know and love are creating all the time, but we only get to hear a fraction of that content — what is deemed ‘on brand’ and worthy of a ‘final release’,” he added. “All content disappears after 24 hours so this isn’t part of an artists’ catalog… it’s a place to be vulnerable with fans — to Blast out content and not worry about it.”

Some of the artists who’ve already committed to using Blast include DJ and producer Carl Craig, Ghostly co-founder and musician Matthew Dear, chamber orchestra Alarm Will Sound, and artist and producer TYGAPAW.

Blast also gives artists their own place away from the busy feeds of other social media platforms, where they have to compete with photos, videos, and other content.

“Over the last 15 years, I noticed that reality has no place on visual social media platforms,” explains Ali. “People have been reduced to doctored selfies and public displays of perfection. This is especially challenging for musicians where sound is their secret weapon. Blast gives artists an easy way to reach fans with their actual talents and to do so in an environment that’s not meant to be curated and perfect. It’s a space for artists, to be heard, and to highlight their work, not their appearance.”

Blast is available starting today on iOS and Android. Creators who want to broadcast to the app can pre-order the Blast Box on its website and devices are set to ship in mid-July.