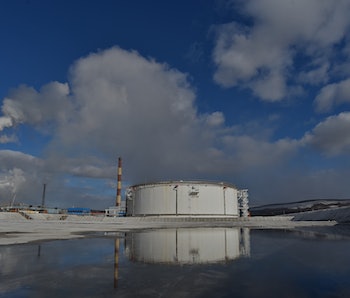 Amongst the problematic effects of bitcoin, perhaps the most-discussed as of late is the environmental impact of the mining process. Little conclusive data has been collected about bitcoin mining at large scales, but what we do know has been enough to send some high-profile cryptocurrency fans into an existential spiral.

Here’s one illustration of how bitcoin mining can affect the environment: Seneca Lake in upstate New York has been much warmer than usual as a consequence of a nearby crypto plant, locals say. The body of water, which is the largest of the Finger Lakes, is being used as a cooling method for about 8,000 bitcoin-mining computers in the Greenidge power plant. Nearby residents say the lake is now “so warm you feel like you’re in a hot tub.”

Bitcoin mining requires very large amounts of power, and in an effort to mitigate the heat used to create that power Greenidge is processing about 139 million gallons of water every single day. About 135 million gallons of that water is then discharged back into Seneca Lake at high temperatures — as high as 108 degrees in the summer and 86 degrees in the winter, according to official permit documents. And Greenidge has no plans to slow down any time soon.

Greenidge says nothing's wrong — Jeff Kirt, Greenidge CEO, doesn’t seem at all concerned by Seneca Lake’s sky-high temps. Kirt told NBC News that “the environmental impact of the plant has never been better than it is right now.”

Greenidge says it purchases carbon offsets to neutralize the environmental impact of its bitcoin-mining operations. In fact, the company goes as far as to call itself “the environmental leader in bitcoin mining.” Greenidge hasn’t made public any data to support this — and it’s clear the operation is having a measurable effect on its surrounding environs. Buying up carbon offsets might neutralize Greenidge’s output on paper, in practice that doesn’t do anything at all to save Seneca Lake.

We need more data — Power plants like Greenidge are operating in a gray area. They’re given operating permits time and time again without much data to back up their continued existence. There’s not much long-term evidence to support the denial of Greenidge’s permits — and thus it continues operating.

Watchdog organization Earth Justice says Greenidge’s carbon dioxide and nitrous oxide emissions each shot up nearly tenfold between January and December 2020. Earth Justice is pushing for New York to deny Greenidge’s upcoming permit renewal application, which is due in September.

The plant’s operations could stop New York State from meeting its emissions goals, according to former EPA administrator Judith Enck. Meanwhile, Greenidge plans to deploy even more mining equipment in the not-too-distant future. Despite the clear evidence of Greenidge’s effect on Seneca Lake, there’s a solid chance its permits will be renewed.