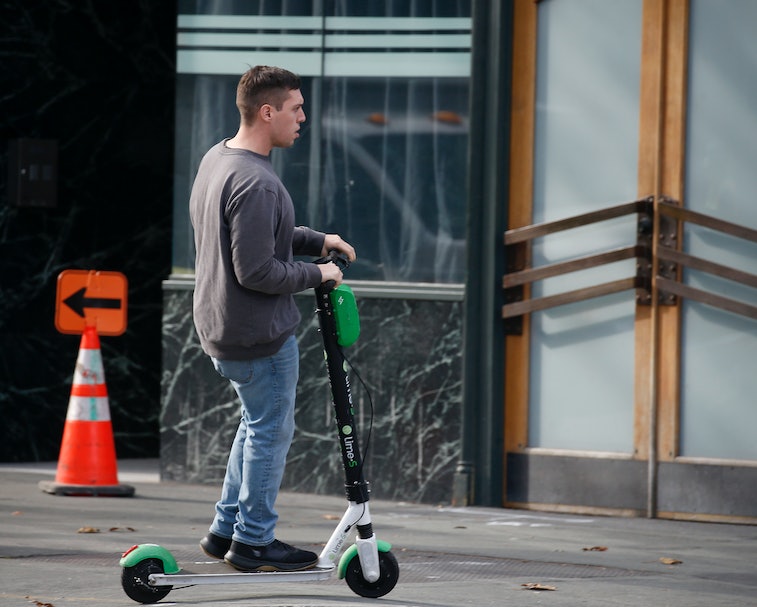 New Yorkers in the Bronx will soon be able to rent electric scooters from Bird, Lime, and VeoRide. After years of resistance against the battery-powered, two-wheeled vehicles, New York State last year lifted a ban on electric bikes and scooters, and shortly thereafter NYC announced it would launch a pilot program for shared scooters.

The three selected companies are expected to begin operations in the Bronx this summer, with each allowed to deploy 1,000 scooters. The pilot program is set to run for one year, but the city’s Department of Transportation could renew the program and expand it to other boroughs if it’s happy with the results.

Last-mile transport — Throttle-based electric bikes and scooters were long banned in New York over safety concerns. Nonetheless, it wasn’t uncommon to see delivery couriers zipping around on e-bikes, or regular ones retrofitted with battery packs. Soon enough, they became essential, because those on regular bikes couldn’t keep up, and the gig economy made delivery workers’ earnings ever slimmer. Crackdowns by police were a problem, however, and many delivery workers were fined or had their vehicles confiscated.

But increasing the popularity and availability of electric bikes and scooters amongst riders can help cities to reduce congestion and supplement existing trains and buses. Residents of the Bronx have long complained of living in “transit deserts” — that is, areas not served well by public transit. Scooters could address that problem somewhat. The Department of Transportation says it expects most scooter rides will cost less than $5 for customers.

Moreover, increasing the use of e-scooter, bicycles, electric skateboards, and other micro-mobility solutions can lead to increased pressure for better infrastructure to support them, while also cutting down the number of cars on the road.

Replacing cars — The initial rise of electric scooters was quickly followed by stories of bloody accidents, but in NYC at least, data has indicated that cars are often to blame for serious injuries, and the more cars that get taken off the road, the greater the increases to pedestrian and rider safety. More than 300 pedestrians are killed and 15,000 are injured by motor vehicles each year in the state — delaying the roll-out of electric scooters could make riders less safe simply by encouraging increased use of cars. Plus, New York traffic can only benefit from more people abandoning cars.

An interesting detail of the pilot program is that the three companies won’t be allowed to use gig labor to charge their scooters or redistribute them around the borough, meaning the workers will all have to be employees on payroll who receive standard benefits. Along with greener, less congestion-inducing forms of transport, that’s the sort of long-term thinking we like to see.