Barely anybody is allowing apps to track them in iOS 14.5 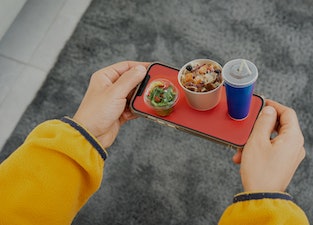 The share of iPhone users opting in to app tracking for ads.

Following Apple’s release of iOS 14.5, new data suggests that most users are leaving app tracking disabled. Analytics software firm Flurry reports just 4 percent of iPhone users have actively chosen to allow an app to track their activity across the web for advertising purposes.

Tracking on iOS works by using a unique device identifier to watch as a user moves from one app to another, collecting information along the way that can be used to personalize advertisements and measure ad performance. Facebook has pushed back strongly against App Tracking Transparency, the name for Apple’s new feature that blocks tracking by default. Without tracking, Facebook ads could bring in less money — though the company makes tens of billions each quarter and will probably be fine.

Unsurprising — The new data isn’t surprising considering that Apple disables app tracking by default. If an app asks a user to choose whether they want to be surveilled, it’s reasonable that many people would say no. But some people have also reported that apps in iOS 14.5 cannot even request to track them at all until they first change their settings, as the “Ask to Track” option is found to be disabled by default. This might be the case if they chose to limit ad personalization in previous versions of iOS.

In that case, many users haven’t declined tracking, but rather simply haven’t done anything at all. iOS 14.5 has never even presented them with a pop-up asking if they would allow tracking.

Antitrust — Apple’s effective blockade on tracking is surely welcome by customers, but it’s tougher to argue in its favor considering the current antitrust climate and the legal case it’s fighting against Epic Games, which argues that Apple holds too much power over independent developers. Apple controls what apps are allowed onto iOS, meaning in one fell swoop it’s been able to disrupt ad-supported businesses like Facebook, while its own apps are fine. Apple is, in effect, trying to dictate how other competitive businesses operate.

The argument in favor of Apple is that it’s giving users a choice and making them aware of something they previously might not have been. Give up your data for free services, or don’t. And it’s true that Facebook and others make it difficult for users to understand what personal information is being collected on them. But Apple’s behavior dopes also come off as a little heavy-handed and feels like a choice pretending to be one.

Either way, all the squabbling will probably end up making things better for users in the long run. Facebook will have to become more transparent while Apple may have to wrest some of its grip on its users’ data.